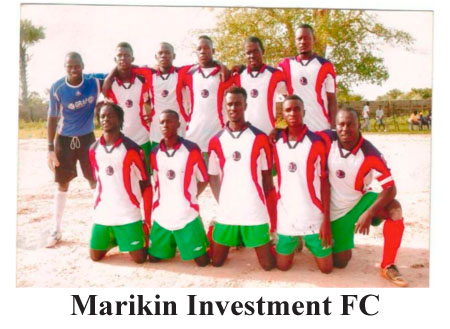 Marikin Investment will face Ecomog in the 2019-2020 Gunjur knock-out final tomorrow, at the Gunjur Upper and Senior Secondary School football field at 4.30pm.

The Nyokoyorr boys beat Kombo Real Estate 1-0 to progress to the knock-out final for the first time since 2013 season.

They will affray to win the final, to lift the knock-out cup to end their trophy drought.

The Sifoe based-team sailed to the knock-out final following 5-4 penalty shootout win over Strong FC after the regular time ended goalless in the semifinal.

They scuffle to win the final to claim knock-out trophy after elimination from the league competition.