‘May Christ the Morning Star who came back from the dead shed his peaceful light on all mankind’.

In all, there are five sections in this chapter: the coming of two women to the tomb of Jesus; the descent of an angel; the appearance of Christ; the bribing of the guards; and the great commission to proclaim the Gospel message to the whole world.

Mathew tells us: that after the Sabbath and at the start of dawn on the first day of the week. Mary of Magdala and the other Mary set out to visit the tomb of Jesus. The reference to the “start of dawn” on that first Easter Sunday Morning takes us back to the very beginning of Jesus ministry. He uses the words of prophet Isaiah to highlight his mission. The people who sat in Darkness have seen a great light has dawned.

These words of Isaiah are also proclaimed in the first reading at the Midnight Mass for Christmas. And now, on that first Easter Sunday morning, Mathew tells us that Mary of Magdala and the other Mary were approaching the Tomb of Jesus-as the first day of the week was dawning. Without knowing it, these two women were walking into a day on which the light of Christ would never set.

This is the great misery that we celebrate at the very start of our Easter Vigil. The service of light as we call it, includes: the preparation and lighting of the candle with the brief prayers: May the light of Christ, rising in glory, dispel the darkness of our hearts and minds; then follows the procession and finally the joyful proclamation of the Easter mystery is sung (the exultet).

When Mary of Magdala and the other Mary set out for the tomb at dawn, they had no idea about what was about to happen. They simply wanted to visit the tomb of Jesus. Just as they stood at the foot of the cross on Calvary, so now they went to mourn the death of their Christ. And when they arrived at the tomb of Jesus, they were present to witness a great earthquake and, at the same time, an angel descending from heaven to roll away huge stone blocking the entrance to Jesus tomb.

The angel spoke to them: no need to be afraid; he is not here, for he has risen. Come and see the place where he was laid: then go quickly and tell his disciples to meet them in Galilee. The appearance of the risen Jesus: the two women ran from the tomb with fear and great joy as told to do by the angels. And as they went to announce the news of the risen lord to the male disciples, Jesus himself appeared to the two Marys. The angel had already told them that he has risen and they have also seen for themselves the empty tomb. Now, the risen lord appears openly to them, confirms what they know and tells them: go and tell my brothers that they must leave for Galilee. They will see me there. Note the use of the word “brothers’ the disciples are no longer mere friends of Jesus as he told them at the last supper. They are now “my brothers and sisters in the Family of God.

The bribing of the soldiers at the tomb: not content with putting the Christ to death, the religious leaders wanted to ensure that his disciples would not attempt to steal the body during the night. So they posted soldiers to watch over the tomb of the dead Jesus during the night. Then, terrified by the noise of a loud earthquake and the appearance of an angel of the lord, they fell to the ground like dead men. And so, while the women had gone to tell the disciples what they had seen and heard, the soldiers went into the city to report to the chief priests all that they had seen and heard. These decide to bribe the soldiers with a large sum of money.

They told them to spread the false story that the disciples had come by night and stolen the body while they slept. A rather strange way of rewarding soldiers on duty for their failure to prevent the dead body from being stolen. The chief priest also promised the soldiers that they would “put things right” if the Governor (Pilate) came to hear what happened. In that way, they would not get into trouble. Both religious and civil authorities failed to achieve in their efforts to spread their false propaganda.

The great commission to evangelize the world: all authority in heaven and on earth has been given to me. Go there and make disciples of all nations and remember. I am with you always, to the end of time. Mathew concludes that his account of the resurrection of Jesus by linking it to our responsibility now to spread the good news of the risen lord throughout the whole world. Jesus has fulfilled his mission. As the father sent me, so now I am sending you, is how the evangelist john records this handover of Jesus mission to his disciples.

May Christ that morning star who came back from the dead, shed his peaceful light on all mankind. During those forty days when Jesus appeared to his disciples, he did do in a very random or unorganized way. However, in most cases, his message was simple: do not be afraid; peace be with you. In order words, it was the same message as the angel spoke to Mary at the annunciation. He told them the same thing when he fell asleep in the boat on the lake.

He did so again at the last supper. Let not your hearts be troubled, trust in God and trust in me. And he renewed that message over and over again after the resurrection. And whenever he appeared, the people he took by surprise were doing ordinary things. Mary of Madgala was returning from the empty tomb with the other Mary where both of them had gone to share their grief. The apostles were probably doing the same thing in the Upper Room in Jerusalem while at the same time hiding from the religious and evil civil authorities. His words of peace to them must have touched and brought healing to many broken hearts for having abandoned him in the Garden where he was arrested.

When can I expect him to appear to me? Or what can I expect? No more or less than what he said to his first disciples. And the mandate he has given us all to shed his peaceful light on all mankind. The world all around us today is clamoring for this PEACE. And the world begins with MY neighbour.

Shalom, peace be with all of you, your families and Friends. 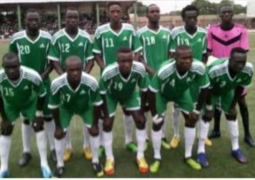