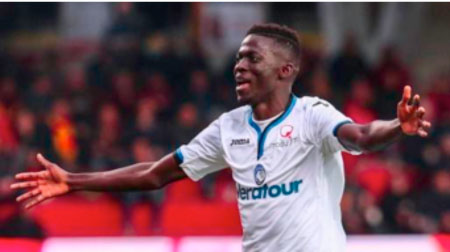 Scorpions forward player, Musa Barrow could be on his way to Bologna and Atalanta will reportedly be willing to let him go for €15m this winter.

According to the Corriere dello Sport, an Italian national sports newspaper, Gian Piero Gasperini is not interested in keeping Barrow in Bergamo and the Gambian international could be closing in on a move to the Rossoblu.

The outlet writes that Bologna went to Bergamo on 23rd December 2019, to meet with Atalanta and negotiate a deal allegedly worth €15m.

The 21-year-old Gambia international has scored four times in 41 appearances during his two and a half season with Atalanta and hasn’t taken the opportunity to play during the absence of Duvan Zapata.

Printo as he is fondly called has still been limited to only one start for the Nerazzurri in Serie A 2019-20 but has also featured twice in the Champions League.

The newspaper has revealed that the two clubs will meet again after New Year’s to finalise a proposed transfer.

‘Performance against Namibia was not dismal’