One Lamin Kombo of Manduar Village was on Monday 7th December 2009, arraigned before the Brikama Magistrates' Court for allegedly being found in possession of stolen property.

According to the particulars of offence, on 2nd December 2009, at Manduar Village in the Western Region, the accused Lamin Kombo was found in possession of bundles of clothes suspected to have been stolen or unlawfully obtained.

The accused who pleaded not guilty to the charge was remanded in custody by Magistrate Effim.

The case was adjourned to 15th December 2009 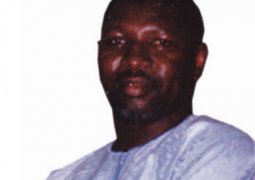