Manchester United FC have emerged champions of the Tujereng Super Cup title after beating Willima FC 1-0 in a mouthwatering clash at the Tujereng playground recently.

Both sides put up spectacular performance and launched series of assaults in front of each other’s goal mouth, but the first half failed to produce a goal.

As actions resumed in the second half, both sides brought in fresh legs but it was Manchester United whose substitutions paid dividends when striker Dembo Bojang, alias Mendez, opened the scoring for United in the dying minute of the game from penalty spot after substitute Basiru Touray, alias Fabregas, was brought down inside Willima FC’s eight-teen-yard box, which proved to be the winner for Manchester United.

As the champions of the Super Cup, Manchester United FC were crowned with a giant trophy and a cash prize, whilst Willima FC the runners-up received a consolation prize. 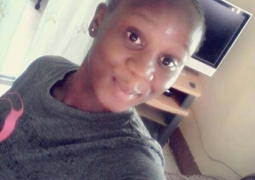