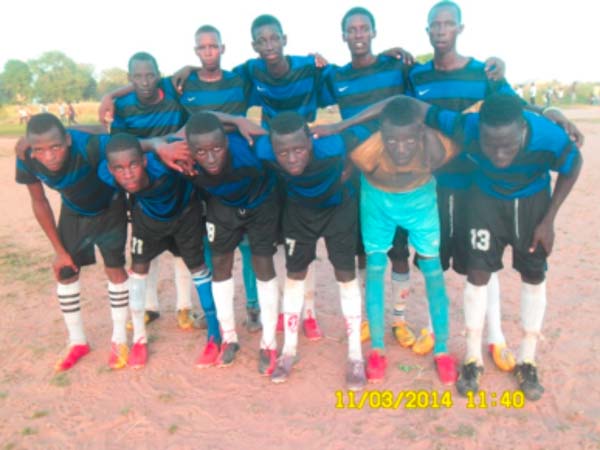 The soccer boys of Yallal Bah village on Sunday completed their unbeaten run to win the Sabach Sanjal inter-village tournament for the second time in a row, after defeating Kunjo in a well-attended finals at the Ngayen Sanjal football field.

Abdoulie Bah’s first half lone goal was enough to demolish the hard fighters of Kunjo, thrilling his village fans who had to see their team struggled hard to score in the early minutes of the game.

Kunjo players buckled up after going a goal down, but all their efforts went in vain.

In the second half, both fans were hoping to see more goals, but Yallal opted to hold on to their noticeable one goal advantage, keeping Kunjo at bay through the mighty defenders of Yallal.

Winners Yallal went home with a giant trophy and a cash prize of D3, 500; Kunjo bagged D2, 500 as a consolation prize.

A visibly emotional coach of Yallal, Ebrima Bah, in a post-match comment said: “I was confident about my side. Kunjo are a formidable team, but we had to play as a team with the aim that we will defeat them, and God has answered our prayers.”

In presenting the trophy, the National Assembly Member for Sabach Sanjal, Ousman Bah, who supported the tournament from inception, said he was pleased with the way the finals was handled by both the committee and the teams.

He added: “I am happy for witnessing a violence-free final, and it didn’t surprise me, knowing the kind of people in my community. This tournament is just one of the many, as we are about to stage a Noran in a short while, and we expect more teams to participate.”

The National Assembly Member for Upper Nuimi, Mam Cherno Jallow, who was given the honour to present the trophy to the champions, said he was impressed with the huge turnout.

He went on to commend Kunjo, the runners-up, pointing out that despite their defeat, they maintained fair play sprit and accepted it in good faith. He also commended Yallal and wished them good luck.