Miss Tourism Gambia is to be staged on 19 April 2014, according to information from SASS Agency.

The event is the first tourism pageant in the country.

This is in partnership with Miss World Tourism, which markets tourism and destinations through beauty pageant.

According to the SASS CEO, in 2008 World Tourism Organization bought Miss Tourism beauty pageant from the previous owner John Singh.

He added that since then World Tourism Organization has been working behind the scene and making substantial investment to restructure the event.

He added that it is last hosted in 2013 in Equatorial Guinea where it has gained recognition as the world delightful tourism destination through the hosting of Miss Tourism.

SASS Agency is a local-based business enterprise with strong presence in the UK, Nigeria and The Gambia, he said, adding that in June 2013 the Agency was awarded by the Business Initiative Direction as an international star for leadership quality at Paris, France. 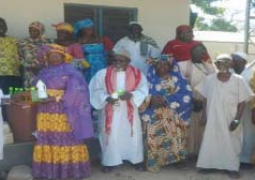