A man called Wuyeh Keita was recently arraigned at the Brikama Magistrates' Court, charged with defilement of a girl.

Keita, who pleaded not guilty of the charge, was granted bail of D50,000 with two Gambian sureties.

The particulars of the offence read that in 2010, at , the accused, Wuyeh Keita, allegedly defiled an underage girl by having carnal knowledge of her.

The prosecuting officer, Sgt 1343 Camara, applied for an adjournment on the grounds that the case file had been sent to the Attorney General's Chambers for legal advice and the prosecution was yet to receive it.

The case was subsequently adjourned till 13 June 2011. 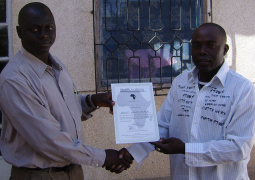 The Point, Others, Awarded