Gender-Based Violence is violence perpetrated against a person on the basis of gender, and it constitutes a breach of the fundamental right to life, liberty, security, dignity, and equality between women and men, says Madam Bintou Gassama, DPS, Office of the Vice President.

Madam Bintou Gassama made this statement at a recent three-day training workshop held at CIAM by Network of Gender-Based Violence.

“Gender-based is rooted in power imbalances and structural inequality between men and women, thus a universal reality exists in all societies regardless of income, class and culture,” she said.

She added that in recent years, the international community had increasingly recognised Gender-Based Violence not only as a significant human rights issue but as a development and global health issue because a growing body of research has confirmed that gender-based violence had significant consequences, especially for women and girls’ physical, sexual and mental integrity.

This, she said, could affect the productivity of women and as a result, had serious implications for health and wellbeing of families and communities.

Mariama M. Sallah, senior sports coordinator, on behalf of the director, said gender issues are critical aspects in the society and community, as gender is often seen as concept bordering on essentially with women issues.

Gender is solid logical concepts that determine the difference between individuals on such issues as gender, minorities, social classes and age, she added.

According to her, the obligation of states and societies to account for crime committed against women has an impact that goes beyond mere sanction against perpetrators of crime that implies the establishment of the rule of law and a just social and political order; without which there could be no lasting peace.

Njundu Drammeh said women are disproportionately victims of gender-based violence, adding that women are suffering at the hands of young men.

According to Mr Drammeh, the home which is supposed to be the hub of love is itself “not safe for women anymore”.

“The workplace is not safe for women and girls and other places where they are supposed to excel and nurture their abilities,” he added. 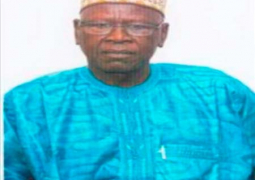