Magistrate Jobarteh of the Kanifing Magistrates’ Court on 14 August 2012 recused herself from presiding over the case involving Idrissa Jobarteh, who sued Sheraton Hotel at the Industrial Tribunal for wrongful termination of his services.

The development followed the announcement by the magistrate that Idrissa Jobarteh, the plaintiff, is her cousin and could not preside over the case any longer.

She told the tribunal that the case would be assigned to another chairman to preside over it.

It would be recalled that the plaintiff testified against the defendant.

In another development, Muhammed Hydara, on the same day, testified on behalf of Musa Boye who dragged Kololi Beach Club to the Industrial Tribunal for wrongfully terminating his employment.

The witness told the tribunal that he lives at Kotu South, and was working at Kololi Beach Club as a generator operator in 1998.

The witness also testified that they were issued with pay slips when they received their salaries, which did not bear the name of the defendant.

He told the tribunal that sometimes they were paid through the bank, adding that the plaintiff was paid D2,400 inclusive of transport and food allowance.

Under cross-examination, the witness told the tribunal that Musa Boye was employed on contract basis in 2002, stating that they were working at the Maintenance Department.

The case was at that juncture adjourned to 4 September 2012. 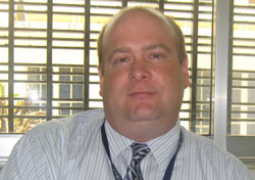