Population advocates and countries around the globe on 11 July 2013 commemorated World Population Day, which this year focuses on adolescent pregnancy.

We take this opportunity to call for the need for more awareness raising on population-related issues.

According to statistics, nine out of every 10 girls who give birth globally, between the age of 15 and 19, are already married, and many of them against their will.

It is, therefore, essential to note that child marriage puts girls at risk of early and unwanted pregnancies, and poses life-threatening consequences for them and their babies.

We, therefore, call for more awareness-raising on the issue of adolescent pregnancy, to ensure that every pregnancy is wanted and every child-birth is safe.

We must work hard to see to it that every young person reaches his or her full potential.

By so doing, we need to have tailor-made support to women who bear the brunt of population growth, to ensure they have good health and well-being.

Over the years, The Gambia’s population has increased very well, thus putting more pressure on few public infrastructures such as schools and hospitals.

But with an increase in population growth to 1.8 million, dependency on the country’s natural resources would be correspondingly increased.

More than ever before, addressing current population trends and dynamics in relation to sustainable socio-economic and environmental development becomes pertinent.

It is sad to note that the majority of Gambia’s 1.8 million people still live in poverty, despite an increase in primary school enrolment and completion, as well as an improvement in immunization, as well as child and maternal mortality.

We hope that with the new poverty reduction strategy, the Programme for Accelerated Growth and Employment (PAGE), which places further emphasis on agriculture, as well as investment in infrastructure, the poverty gap in the country might reduce.

We must place more emphasis on decentralization of our development infrastructure to address the problem of high urbanization in the country too. 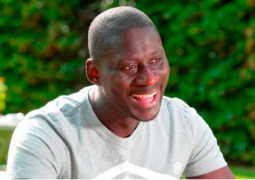