The Governor of the Lower River Region (LRR), Lamin Darboe, has been relieved of his post as governor with immediate effect, The Point has reliably gathered.

Though no reason was advanced as to his sacking, Lamin Darboe, a native of Jarra Soma, has reportedly acknowledged that he has been reported to the Office of the President by different categories of people in his region on several occasions, in relation to his work in the region.

Mr. Darboe who is hoping to be redeployed told The Point that the change in his portfolio will not affect his firm stance “in ensuring truth in the region.”

“My appointment has been terminated, but I am supposed to be redeployed”, he said in a laughing mood.

“My position in the region is to ensure that truth prevails. And I am not going to succumb to people who are out of touch with the real needs of the region. What is important is for us all to be patriotic and work for our nation. My belief is for all of us to rally behind the President and ensure that there is justice without segregation.”

Meanwhile, Salifu Puye has been appointed to take over from ex-Governor Darboe. 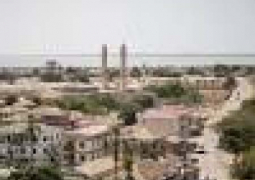