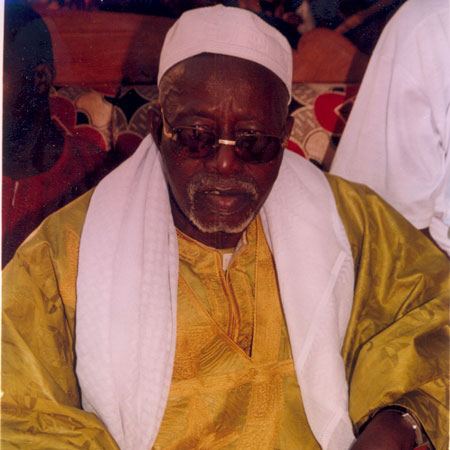 The National Assembly Member for Lower Niumi Constituency, Honourable Cherno Cham, has said that the people of his constituency belong to the ruling APRC party under the leadership of President Jammeh.

Honourable Cham made these remarks last Saturday at Essau village during the flag hoisting ofthe new head chief of Lower Niumi District in the North Bank Region. Honourable Cham urged the new Lower Niumi Chief, Fabakary Nana Sonko, to be mindful of his friends since, according to him, those friends will be responsible for his successes or failures in his duty.

He also urged the people of Essau village and the entire people of his constituency to continue supporting APRC party and President Jammeh for the development of Lower Niumi constituency.

For his part, the Paramount Chief of The Gambia, Alhagie Demba Sanyang, thanked President Jammeh for appointing Chief Nana Sonko as Chief of Lower Niumi District.

He also prayed for peace in the district and The Gambia in general under the able leadership of President Jammeh and his APRC party.

Paramount Chief Sanyang appealed to the 62 Alkalos in the district to work with their new chief amicably if they want rapid development in their district. He also appealed to the National Assembly Members in the North Bank Region to give their full support to the new chief to execute his duty properly.

Also speaking earlier, the new chief of Lower Niumi District, Fabakary Nana Sonko, thanked all those who graced the flag rising ceremony and he also thanked President Jammeh for appointing him as chief of Lower Niumi District. Chief Nana Sonko promised the august gathering that he will be fair and faithful to his position when it comes to justice delivery. Other speakers were the Governor of North Bank Region, Alhagie Edward Seckan and the chief of Jokadou District Alhagie Jim Fatma Jobe.

The occasion was chaired by Mr. Momodou Marr, deputy governor of the North Bank Region.