The Lone Stars of Liberia are expected to jet into Banjul today ahead of their fifth appearance in the 2010 world and African Cup of Nations qualifiers billed for Saturday at the Independence Stadium in Banjul.

The group six fixtures are expected to be a tough weekend as the top three teams Senegal with 8 points, Algeria with 6 and The Gambia with 5 are poised to book their place in the next stage.

A great task awaits The Gambia in booking its first qualification to the World and international competitions.

Occupying the third spot in the group with five points, a win in Banjul will surely increase their chances of making it. But they will have to count on fellow group members Senegal and Algeria who will also be meeting over the weekend in Algiers to draw.

Despite occupying the bottom position in the group and with an unlikely chance of proceeding to the next stage, Liberia, under the guidance of former Scorpions Coach Antoine Hey, are equally determined to win the game in Banjul.

Seedy MB Kinteh President of The Gambia Football Association, while speaking to Pointsports, said the team will arrive today and all is set for the game on Saturday.

He said the match officials will arrive from Libya and the match commissioner is Egyptian.

Tickets will be on sale at D1000, D150 and D100 for the VIP, Covered and Uncovered Pavilions respectively.

Mauritania in Banjul for Gambia friendly 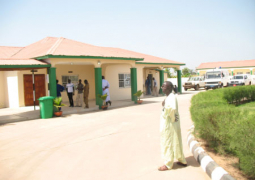