Haddy Mboge Barrow, the national coordinator NGBV on her welcome remarks, said it was very important for them to organize GBV and to bring the women councillors together to discuss issues affecting women in society.

She said they are working with most of the government agencies, the private sector and NGOs because what one could do two could do better.

Mrs Barrow said they have done so many training to educate people about GBV and how to make a stop to it.

She added that they have one step center at SOS and they are planning to have one at RVTH because they have all the facilities in times of conducting exams that would show all the information about the person who are the victims of GBV.

It was the responsibility of all the women councillors to go home and acts as expected of them, she said, adding that the Network had done so many sensitization training programs on GBV and it had helped the Network.

Binta Jammeh Sidebeh, Executive Director of Woman’s Bureau, on her opening statement, said that in 1993 UN declaration on the elimination of violence against women offered the first official definition of the term gender-based violence as an act of violence that results in or likely to result in physical sexual psychological harm or suffering to women, including threats of such acts coercion or arbitrary deprivations of liberty, whether occurring in public or in private life.

Since then GBV had become an umbrella term for any harm that is perpetrated against a person’s will, and that results from power inequalities that are based on gender roles, she said.

Around the world, she added, gender-based violence almost had a greater negative impact on women and girls.

For this reason, she said, the term gender-based violence was often used interchangeably with the term VAW, GBV principally affects women and girls across all cultures.

It could occur throughout a women’s lifecycle, and could include everything from early childhood marriage, she stated.

She said GBV, whether physical, sexual psychological, or any other forms, is a blunt violation of women’s human rights, as well as a global health and development issue that needs to be challenged and combated as it had serious negative socio-economic cost that could ruin the development efforts.

She said the government of the Gambia had ratified regional and international legal instruments, such as the convention on the elimination of all forms of discrimination against women and the additional protocol to the African charter on human and people’s rights on the rights of women in Africa Maputo protocol the United Nations convention on the rights  of the child (CRC)and its two optional protocols and the African charter on the welfare of the child (ACRWC), all of which guarantee the rights and dignity of women and girls.

She said that at the women’s bureau they would continue to do their best to support the cause for women empowerment and the protection of women’s rights in The Gambia. 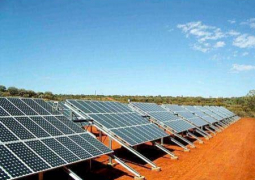 Bench for accused and his surety