The Executive Director of the Gambia National Olympic Committee, Lawrence Bruce, in his opening statement said GNOC takes pride, especially with associations who organized certain courses for the development of the sport.

Bruce who is very impressed with the GCA in their efforts to develop cricket in the country, advised participants to make use of the course and implement their knowledge in the field of play.

The President of the Gambia Cricket Association who doubles as the ICC course instructor for Africa, Johnny Gomez, pointed out that the ICC/ACA aimed is to help train trainers.

Gomez said the third day of the course will be an examination for participants in which the trainees that made it will later be put in the ICC umpiring panel for Africa.

Development Officer of the National Sports Council, Abdul Aziz Titawo Mendy, said the task of the sports associations is to ensure that players and officials of a particular sport have the knowledge, and know the laws of the game for the way forward of the sport.

"Having the knowledge of the course is not enough, but implementing it will help develop it, which is the role of participants," he added. 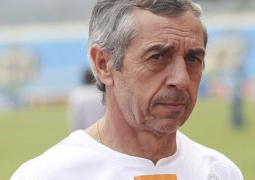