Feb 24, 2011, 11:06 AM | Article By: Imam Alhaji Muhammed Tafsir Gaye, Representative of Khalifa General De Tijan of Tivaoune to The Gambia 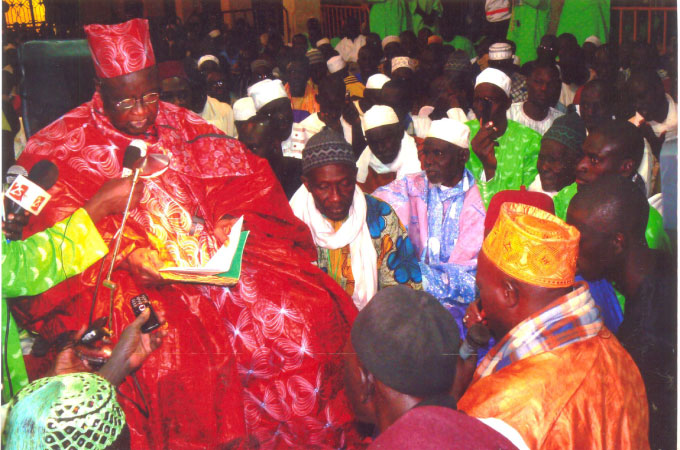 It is celebrated in commemoration of the birthday of the Holy Prophet Muhammad (SAWS).

The Gamo, organised annually under the leadership of Khalifa General of Tijan Serigne Mansour Sey Borom ‘Darayi’, is this year named after one of their leaders, the eldest son of Alhagi Malick Sy, also called Sidi Ahmed Sy, born in 1981 in the town of Ndarr (Saint Louis) in Senegal. His mother’s name is Sohna Roheya Njie and his father’s Alhagi Malick Sy

Khalifa Babacar Sy shared the same mother and father with him. Sidi Ahmed was not well-known because he joined the French Army during the colonial days and went to the First World War in 1914, taken by the French army.

The cause of his going to the war was that the colonialists came to Tivaoune in the Quranic school and demand to take the students to the war but Alhaji Malick said that instead of giving away his students he would let them take his son, Sidi Ahmad Sy.

Sidi Ahmed was well taught by his father Alhagi Malick before leaving for the war. It was narrated that he gave a lot of people there the “Wird Tijaniya”. Conferences were organised during the Mawlud period about Sidi Ahmed.

The Main Topic of the Mawlud

The main topic of the Mawlud was on Solidarity. It was to organize people to come close together and help each other on the cause of Islam.

The Khalifa General instructed the spokesman Serigne Abdou Aziz Sy AL- Amin to elaborate on “Solidarity”. The problem on earth is brought by lack of Solidarity. If there is no solidarity there won’t be peace, togetherness, helping one another. There are hadiths and the holy Quran teaches the Almighty’s call for solidarity

The aim of the Tijaniya Tariha is to have solidarity. According to Sheikh Ahmed Tijan, the call for the Mawlud by Alhagi Malick Sy is Solidarity. People come from all walks of life to attend the Mawlud

The Khalifa General of Mourid Serigne Sidi Moutar Mbacke sent a delegation with camels, sheep, cows, goats and many other things for the Mawlud, showing the solidarity between the two sects (Tijaniya and moridisine). 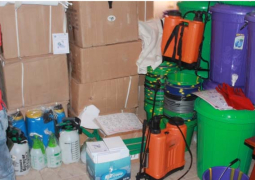