Both sides target was to clinch the vital three points to advance to the next round of the Manjai summer biggest football jamboree.

Lemon Tree were the lucky side to snatch the victory after striker Mustapha Shona scored the only goal in the 15th minute of the game, which eventually proved to be the winner for them.

Mustapha Shona could have doubled the scores for Lemon Tree before break from the penalty spot but the penalty went away, thus the game ended 1-0 in favour of Lemon Tree. 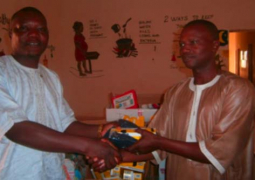