Gambians have been waiting to see their favourite star players in action in the Second Division, which has been re-scheduled twice, due to some logistic arrangements.

But the latest fixtures released by the Gambia Football Association has indicated that the second tier football will get underway later today in three different venues.

After some disappointing performances in the league over the past few years, Lamin United are looking sharp to at least try to re-adjust their chemistry, in a bid to go a better step than their previous performance as they traveled to Western Region to rub shoulders with Serrekunda outfit Serrekunda United in Friday's opener at the Brikama Box Bar Mini-stadium.

The promoted Banjul United side will have the first taste of the Second Division football this time around with a crucial encounter against Peter Bonu Johnson's former team Flamemins.

The two teams will square up as part of the other opener to be played at the Serrekunda West Mini-stadium, while the last game on Friday will also witness another exciting league encounter when Serrekunda United face Nema United at the Father Gough Sports Complex in Manjai Kunda in what promises to produce a titanic encounter.

There will be only two matches on Saturday when Latrikunda United meet the most fancy Young Africans who are widely regarded as the firm favourite to win the Second Division league. The two sides will meet at Manjai.

Meanwhile, the last game in Week One fixtures will see Tallinding United entertain relegated Africell side who are one of the favourites to regain their place in the country's top flight football when the two sides rub shoulders at the Brikama Mini-stadium. 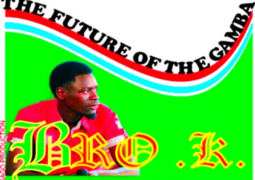