Abdoulie Sanneh opened the tally for United in the 10th minute of the game from penalty shot, and moments later Manchester increased the scored to 2-0 in the 46th minute from Abdoulie Sanneh, header set by Abdoulie Jammeh, alias Beckham.

Yusupha Touray, alias Senko sealed the victory in the 70th minute of the game from a spectacular finished to give United first three points of the season.

NPE FC the defending champions of the annual Old Jeshwang Nawetaan are now the winners of the Old Jeshwang Super Cup after thrashing Wu-tang FC 3-1 at the field.

Both teams opened the final with brilliant performance and in the 25 minute of play in the first period, Wu-tang FC prolific striker Ebrima Sarr scored to give his side the lead and six minutes later NPE FC's agile striker Yahya Ndong, alias Batis scored a spectacular goal to level the scores for his side and again scored in the 43rd and 77th minutes of play in the game to finally seal the victory for his side.

Yahya Ndong's hat trick was enough to make his side the victors and so the game ended 3-1 in favour of NPE FC. After the game, the champions NPE FC went home with a cash prize of D1000.

Las Vegas FC triumph over Corr Ainu FC by a goal to nil in the Kanifing Estate Nawetaan proper, at the field.

Las Vegas FC striker Baba Jawara opened the scores with a spectacular header in the 13th minute of play in the first period from a corner kick after putting a lot of pressure on their opponents.

Corr Ainu FC quickly reacted after this goal by creating some goal attempts, but could not penetrate the concrete defense of their opponents.

Later on, during the second period, Corr Ainu FC brought several substitutes in order to level the scores, and thus created numerous goal attempts, but could not hit the main target. As a result, all their efforts went in vain and the game ended 1-0 in favour of Las Vegas FC.
Share Article
Share on Facebook
Share on Twitter
Share by E-Mail
Share on Pinterest
Share on LinkedIn
Share on WhatsApp
Previous:
Gambia Football Veteran's Prexy plans for extension
Next:
Gambian athletes open contest at Youth Games 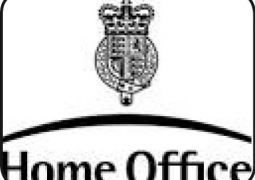