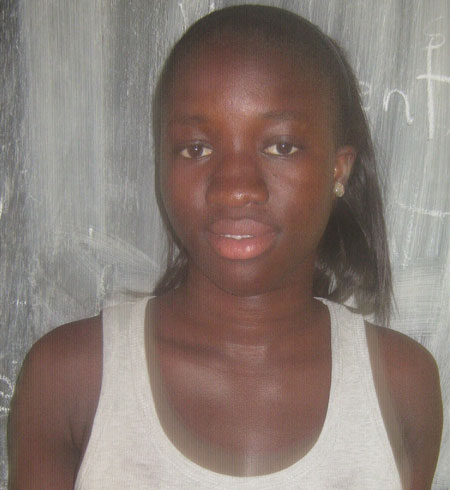 Gambian athletes in the maiden Youth Olympic Games opened their contest for the first-ever laurel for The Gambia in their various events.

Omar Ceesay, Fatou Sowe, Ousman Gibba and Binta Jatta all short-distance runners will be engaged in events, such as 100m girls, as well as 200m boys.

Reports reaching Pointsport from has indicated that Fatou Sowe will later  today compete in the 100m in the girls category, as well as on Saturday. Fellow athlete and comrade Ousman Gibba is also looking set to take part in the boys 200m event from Thursday 19th- Sunday 22nd August.

Another Gambian athlete in the name of Binta Jatta will also compete in the games in the girls 200m event which takes centre stage on Thursday and Sunday.

Yesterday, Gambian athlete Omar Ceesay competed in the 100m event which is expected to be continued this Saturday before a final result could be released.

The first Youth Olympic Games in got underway on Sunday with 3,600 athletes aged between 14-18, drawn from 205 countries.

The games enter day four and it has since its commencement witnessed the official ceremony at the Marina Bay Flating Stadium in downtown .

The President of the International Olympic Committee, Jacques Rogge who addressed the athletes, as part of his speech at the officially opening, told the athletes that their participation at the Youth Olympic Games would help them learn the difference between winning and being a champion.

"To win, you have to inspire admiration for your character, as well as for your physical talent."

The first games which feature some of the world's most talented young athletes will give the young athletes their first taste of the Olympic experience and provide valuable lessons that the athletes can leverage in their future careers, be it in sport or other vocations.

The Youth Olympic Games will also introduce for the first time the mixed-gender competition format that will see both boys and girls competing in the same event in sports, such as triathlon and swimming, among others.