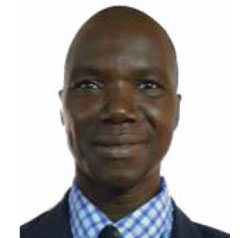 The remains of the late Hon. Bekai Camara, National Assembly Member for Wuli East constituency, was yesterday laid before parliament, where members, cabinet ministers, members of the diplomatic and consular corps and the general public paid their last respects to the departed soul in a very emotional mood.

Survived by three wives and children, the late Hon. Camara passed away early Sunday morning at the Royal Victoria Teaching Hospital in , following a brief illness.

According to Speaker Bojang, it was due to his commitment and dedication to the development of this country that he was elected to represent the people of Wuli East in the Assembly.

"He was one of those who respected the views and opinions of his colleagues, even if he differed. The late Hon. Bekai Camara was one of the architects of the Parliamentary Network on Environment and Sustainable Development. It was through him that the network was able to participate in many for both locally and internationally," he said.

He added: "For those of us who know or worked with the late Hon. Bekai Camara can bear me witness that he was a very dedicated and humble person. Beks, you will be surely missed by all who knew you. Your memories and good work shall forever remain with us."

Speaker Bojang commended the late Bekai Camara for his positive contribution to the National Assembly and the country at large.

Majority leader and member for Sere-kunda East, Fabakary Tombong Jatta, said due to his professional background, the late Hon. Bekai Camara was suitable in representing the people of his constituency.

He described the deceased as a painstaking and hard working gentleman, whose personal relationship was good, and he was seriously concerned about the welfare of the people he represented.

Hon. Sidia Jatta, Member for Wuli East, said the late Bekai Camara will be remembered by this nation for the services he rendered to his country. According to the Wuli West parliamentarian, there are people who are already dead, but have served humanity better than those living.

"That is why in this world, no one can be anything without other people, and that is why, whatever we do, we must remember that we are doing it to serve others, because by serving others, you are serving yourself. This is the fundamental truth," Hon. Jatta told the gathering.

This, he added, is why the late Bekai Camara will be remembered forever and forever, saying it was just a pity that he left so soon.

Other speakers at the gathering were MC Cham, former minister under the PPP regime, who spoke on behalf of Alhagie Assan Musa Camara, former Vice President, who also hailed from URR, and the Minority leader and member for Kiang West Hon. Momodou LK Sanneh.

Meanwhile, the late Hon. Bekai Camara will be laid to rest today in his home in the Wuli East district of the Upper River Region at 11 am. 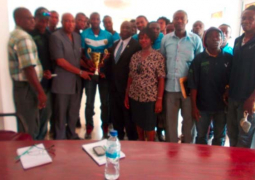