Italy-based Gambian boxer Michael Mendy has appealed to associations, philanthropists and well-wishers to consider rendering support to the Gambia Boxing Association in its bid to catch up with other major boxing associations around the world.

Speaking to this reporter in an interview at The Point offices yesterday evening, the 25-year-old boxing star, who left the country to stay in the Italian city of Brescia in 2005, acknowledged that Gambian boxers are given only little support.

Mendy, who poured cool water on the arguments that boxing is dangerous for one to engage in, said: "I am upbeat about The Gambia's ability to catch up with other main boxing associations but the great challenges of having proper boxing centres, materials and other facilities are the problems that are hindering the country’s chances of improving further."

Mendy, who has expressed his desire to represent The Gambia in international boxing championships if the opportunity arises, said further that proper structures should be put in place to ensure Gambian boxers enjoy what is required of standard boxers.

"For boxing to grow in The Gambia, we need to join hands to encourage or recruit young aspiring boxers to become well established boxers in the near future," says Mendy, who began his boxing career with Gamboni Boxing Club in his native village of Banjulinding in 2003 before moving to Italy two years later.

The motivated Gambian amateur boxer is currently a member of Mariani Amateur Boxing Club in Brescia, Italy where he has joined straight from his local side Gamboni of Banjul in 2009.

His hope of making an immediate return to boxing was hindered by documentation problems when he travelled to Italy in 2005 but was finally granted the necessary papers and he opted to join Mariani Boxing Club. 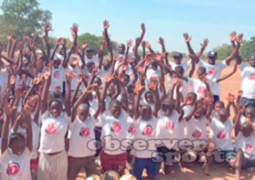