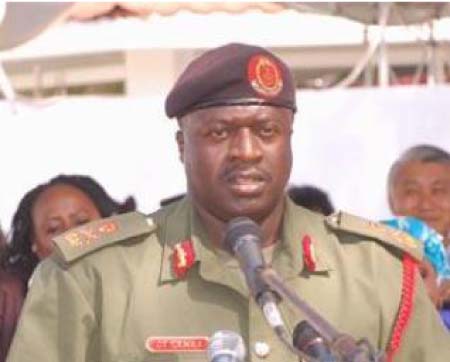 Defence Counsel in the case involving Lt General Lang Tombong Tamba and Co Tuesday urged the seven-member panel of judges of the Supreme Court of The Gambia to set aside the conviction of the applicants and their death sentences, or the sentences be reduced to a lesser sentence.

They filed an appeal at the Supreme Court for a review of their case file.

When the case was called yesterday, the defence counsel, SM Tambedou, said the applicants had filed a further amended statement on 24 March 2014, praying for the Supreme Court to review the Court of Appeal’s decision dated 19 October 2012.

Counsel said the applicants were convicted for conspiracy and treason by the high court on 15 July 2010 and sentenced to death.

The applicants seek in the review for the Supreme Court to set aside that judgment and the sentence of the applicants.

“We submit that exceptional circumstances exist for the court to review the judgment of 19 October 2012,” counsel said.

“I submit that the applicants have demonstrated exceptional circumstances which should benefit them by the Supreme Court reviewing the judgement dated 19 October 2012. I urge the court to set aside the conviction of the applicants and the death sentence,” counsel said.

Counsel added that the facts of the case showed that no actual violence or deaths occurred.

“I want to bring to the attention of the court that the National Assembly has not reviewed the death sentence for the past ten years,” Counsel Tambedou also stated.

The court should not ignore the fact that the National Assembly failed to review the death sentence, and since it was not reviewed it should not be applied.

In response, DPP Barkum said the respondent statement of fact was dated 26 March 2014 and filed on the same date.

He said they have enumerated two issues: One is whether there exist any exceptional circumstances which warrant a review; and the other is whether any important evidence was uncovered.

At this juncture, the court adjourned to continue sitting today.