Recently when I heard that a student wrote a thesis wherein he “proved” that Islam was a feudalistic system and received his Master’s Degree, I was deeply surprised. The performance of both the student as well as the professors awarding him the degree was equally mystifying. But the student might well be excused on the plea that he was either ignorant of what he was writing about or did so out of ill-will towards Islam, but what about the learned teachers? How are we to account for their conduct, their knowledge of the socio-economic system of Islam, and their understanding of history?

But I no longer wondered as I remembered who these learned teachers were. Weren’t they the members of a community enticed by the foreign exploiters and fashioned after an intellectual pattern serviceable to them? Aren’t they the people in whom Mr. Dunlop was particularly interested? They were sent abroad ostensibly to acquire knowledge, but, in fact, it was just a part of a conspiracy to turn them into complete strangers to their own culture and civilization; to make them look down upon their religion, their own selves, their history, their faith, and their instead, follow in the footsteps of their western teachers. No wonder then that they allowed such a monstrous perversion of history and truth!

Let us, however, see what the word feudalism means in fact and what its characteristic is. For this purpose we reproduce below extracts of a book, “Communism” by Dr. Rashid-al-Barawy that has recently been published in Europe. Speaking about feudalism, the author says: “Feudalism is a way of production, the distinguishing mark of it being the existence of a perpetual system of serfdom. It is a system wherein the landlord or his representative is entitled to receive a fixed share of production and enjoys certain specific economic rights, carrying with them the privilege to make their tenants serve them or, instead thereof, receive payments from them in cash or kind. As an explanation of their, we may say that the feudal society is divided into two classes of people: (1) the owners of feudal lands, and (2) the tenants, who may again wary in their grades, farmers, agricultural workers, and slaves, the number of some of them dwindling off more rapidly than that of others. It is the farmers, the direct producers, however, who enjoy the right to possess land and have a share in the produce that is so necessary for them to support their families and themselves, beside the right to build farm-houses on the tillage. Against these benefits free services in his fields working with their own cattle and instruments, along with performing for him a number of other services at the time of harvesting and reaping, and offering him on the occasion of festivals whatever gifts and presents they can. They are also expected to get their food-grains and grapes milled and pressed in his flour mills and pressing machines.

“The landlord also exercises full executive and judicial powers over his tenants living within the bounds of his feudal lands.

“The real producer in feudalism did not enjoy freedom in the sense we know at present; he did not own the land, nor could he sell, inherit or give it as a free gift to others. He was compelled to a forced labor in the lands of his master even at the expense of his own material gains or considerations thereof. Moreover, as a mark of his obedience to the master he had to pay him taxes that were unlimited in amount as well as extent. With the land he too changed masters passing from one to the other, for he did not have the right to shift of his own free will from one fief to another master. As such, the feudal villain forms the connecting link between the slaves of olden times and the free tenants of the modern times.

“It was the master who fixed the extent of the land to be given by him to the peasant. He also decided about the services that he expected his tenants to render him without being under any obligation to have a consideration for the rights of the other landowners or the needs of the peasants while making such momentous decisions”.

The writer goes on to say: “In the thirteen century there ensured the great illegal migration movement that finally ended with the emergence of agricultural workers. This movement known as “the running away of peasant” caused the landowners to claim back their fugitive tenants. They among themselves agreed that every landowner would be fully authorized to capture all the workers happening to transgress into his feudal domain. But as the phenomenon-the running away of the peasants-was fast becoming a common feature of the time the landowners were forced to depend on and consequently engage more and more of hired labor for the tilling of their lands. Their mutual agreements gradually lost all significance which meant a steady decrease in their co-operation. From this proceeded still another inevitable result: wages to the workers were paid in cash in place of exacting forced labor out of them without any payment.

“Many of the peasants gradually prospered as against the needs of the nobility and landowners that were greatly multiplied and hence became a great burden on them economically. The circumstances favored the peasants and they bought off their freedom. This continued till the fourteenth century when the freedom of the agricultural workers was at last recognized as such by all. However, the important change that came over the times was that the basis on which the whole feudal structure rested was beginning to give way; the following centuries witnessed its complete abolition”.

These are the characteristic of feudalism. We have reproduced these extracts above in detail as we want that we should become clear-headed about feudalism and its characteristics and not confuse them with other seemingly similar manifestations. Bearing all these characteristic of a feudalistic society in mind, may we ask: when and where was such feudalism ever witnessed in the history of Islam?

Perhaps the outward semblance that has proved a stumbling block for many a research worker or has given the opportunists an excuse to cast aspersions on Islam is the fact that in the beginning, the Islamic society for the time being consisted of two classes of people: the landowners and the peasant who worked in their lands. But this was nothing more than a mere outward semblance. It in no wise justifies the confusion of Islam with feudalism. In order to facilitate a comparison between Islam and feudalism we may sum up the basic characteristics of feudalism as follow:-

(2) The duties which the peasant discharged towards his master, consisted of:

(a) A whole day’s free and forced labor in the lands of his feudal lord once a week;

(b) Free and forced services rendered by him to his master in special seasons of harvesting, ect;

(c) Presenting gifts on religious and other similar occasions of festivities, notwithstanding his poverty or the opulence of the recipient rich landlord;

(3)The right of the landlord to decide as his whims or desires might dictates as to the extent of the land to be held by the peasant, the services required of him and the taxes to be paid by him.

(4)The exercise of all judicial-cum-executive powers by the landlord not in accordance with a fixed law of the land but according to his own whims and desires;

(5)The obligation of the peasant to buy off their freedom with cash payments when in the end feudalism gave way and a process of its degeneration set in.

Let the readers’ first look at these and the glance over the whole history of Islam to find similar characteristics therein. They will surely be disappointed, for Islam has nothing to do with them.

There is no serfdom in Islam as it recognizes no other form of servitude save that of slavery, the causes and conditions whereof and the means of freedom from which we have already dealt with in the preceding chapter. Islam admits of no bondage arising out of a tenant’s is being bound to the soil. The only slaves that we know of in Islam were those captured in wars which are quite sufficient to prove that in the early Islamic society the number of slaves was far less in comparison with the total numbers of its free citizens. They worked on the soil of their master till they were freed voluntary or they  themselves took the initiative and demanded as writing of (Mukatabah) their freedom of their masters. But there exists no such parallel in the history of the European feudalism as it primarily aimed at the subjection of the peasants as well as the agricultural workers rather than encourage them to demand freedom. That is why the peasants in Europe were looked upon as serfs bound to and transferable with the land from one master to another. As such, they could neither leave the soil they worked on, nor free themselves from the obligation devolving upon them towards their landlord. 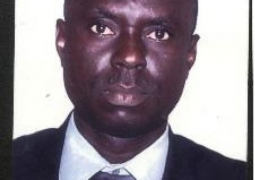