KWAJEH Ability is an organisation, whose main objective is to promote, develop and improve the lives of deaf people in the country. The organisation under the leadership of KWAJEH will be organising football and athletics championships for deaf students, from Monday 29th to 31st March 2010, at for the Deaf at s Playing Ground.

Speaking to Pointsport the Project Coordinator of KWAJEH, Mr. Daniel K. Arthur said the objective of the championship is to foster unity and understanding among deaf students, adding that the championship will present them the opportunity to exhibit their skills and talents.

He pointed out that at the end of the championship trophies, prizes and certificates would be awarded to the most outstanding footballers and athletes.

He further pointed out that the final for the football tournament is slated for Wednesday 31st March 2010, at for Deaf playing ground. 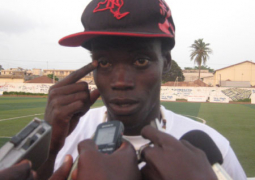