Despite their 1-0 victory over QCell FC in the ongoing Gunjur Nawettan game played at the Gunjur Nyamina Football Field on Wednesday.

The 2012-2013 Knockout runners-up, Kulukochi United FC were relegated after finishing bottom place in group B with only 3 points in three games as they lost to debutant Alex Sanchaba FC 2-0 in their opening group B game before losing to the reigning league and Super Cup World Eleven FC 2-0 in their second group B.

Kulukochi United FC have now joined Sibindinto FC, Solifo Investment FC and Kayongkalorn FC and will be playing qualifiers next season after their woeful performance in the Nawettan.

The reigning league and Super Cup champions World Eleven FC came from one nil down to draw 1-1 with debutant Alex Sanchaba FC. The draw earned the debutant a place in the quarterfinal.

Africell FC Wednesday’s victory over Gamcel FC earned them maximum 6 points in two games, while Gamcel FC are with 3 points in three games. 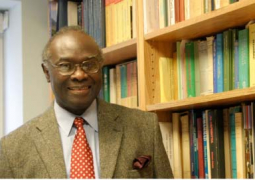