As the raining season draws closer, members of the Kombo Foni Forestry Association, (KOMFORA) are in high gear to meet farmers face to face to discuss with them issues of great concern.

The cardinal issue will be one affecting the forest cover and the low productivity of the soil in the environment.

It is against this background that this association as an apex body organisation deemed it necessary to organise a periodic meeting with its members in the west coast region and look at possible solution to this issue.

Speaking at the meeting held recently at KOMFORA office in Kafuta at the weekend the secretary general of the association, Samba Jallow, expressed delight at the turnout of the participants.

Mr Jallow expressed dissatisfaction in the way and manner forest is being exploited by herbalists. He also lamented the need to restore the forest cover at all means.

The best way of doing that is to embark on a massive tree planting during the raining season, he says.

"The putting up of a website for Komfora was among our top agenda," Mr Jallow noted.

Mr Jallow added that their association is always ready to support the community. He also called on donor agencies to come to their aid as the association is here to restore the Gambian forest cover.

For his part, the president of the association, Saikou Janko, said: "Komfora is an apex body of combined community forest villages that are participating in protecting the environment."

Mr Janko said the meeting was held to plan for the development of the community forest, adding that his association has been engaging youths on a conservation programme that is called 'Kick a ball and plant a tree'.

He also said one of their great needs is mobility, to get association members to meet with farmers face to face and discuss with them.

He used the occasion to appeal to the Gambian president and other well-wishers, as well as the international donors to come to their aid in assisting to reduce their burden. 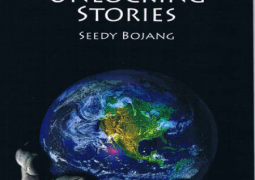