Annex beat Administration 1-0 in a well-contested encounter in group A.

Former Gamcel FC defender Papa Sonko netted Annex’s only goal in the 15th minute after scoring from a superb strike to give his side the needed points.

Charles Jaw were held to a 1-1 draw by Market FC in a keenly contested game in group B.

Market opened the scoring though Ebrima Kanteh in the 19th minute when he converted from a penalty spot to give his side the lead before Alagie Sohna levelled the score for Charles Jaw in the 51st minute after a brilliant header to make it 1-1.

Charles Jaw is occupying the second position in group A with 1 point in one game, two points behind group A leaders, Police, who have bagged 3 points in one game.

Market are sitting at the bottom of group B with 1 point in two games. 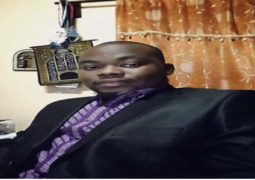