Youth empowerment is indispensable in the development of any nation. The population of The Gambia is mainly young with about 63.55% of the population below 25 years. Thus, the effective participation of this segment of our society is a sine-qua non for any national progress.

It is being reported in the news that this year’s National Youth Conference and Festival widely known by its sobriquet -NAYCONF has been postponed due to security reasons. The decision was reached following a wider consultation with stakeholders involved in organizing the event.

The city of Banjul is the host of this year’s event slated for December. The main reason for the postponement is that this year’s Nayconf coincided with a mass planned demo dubbed, Operation 3-Years Jotna, by a pressure group, who are calling on President Barrow to step down per coalition agreement.

The decision is a move in the right direction looking at the timing of the demo and the youth event. It is highly likely that when the planned demonstrators are out in the streets, some youth participants may also want to join.

We therefore called on the government to look at a more convenient time to stage the event. Nayconf is the biggest gathering of youths who engage each other in week- long discussion on pertinent issues affecting their lives as well as sports.  It attracts youth delegates from all regions in the country.

The world’s biggest power is the youth, thus meaningful efforts must be established to help empower them to contribute sufficiently and competently towards the socio-economic and sustainable development of the country.

It is an undeniable fact that youth’s inclusion in decision-making processes especially the ones affecting their lives is key. Their participation in a growing economy gives them a sense of belonging that promotes a high sense of responsibility and citizenship.

A national policy on youth empowerment is nothing if it is not - in the first instance - an initiative that seeks to identify and put in place measures to improve the social, intellectual and material well being of the nation’s young people.

Much can be done to empower our young people, if, for example, we can invest in the creation of enhanced sport and recreational facilities at the community level, and a much enhanced education system that begins with the home as an incubator and extends all the way to university and beyond.

“The power of youth is the common wealth for the entire world. The faces of young people are the faces of our past, our present and our future. No segment in the society can match with the power, idealism, enthusiasm and courage of the young people.“ 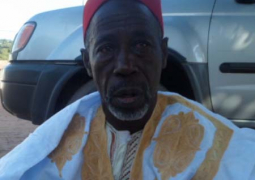 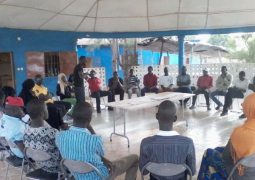