An open day female football tournament is scheduled to take place on Saturday May 30th 2009 at the Brufut lower basic playing ground. The open day tourney organised by the Brufut based Gilkock Football Academy will feature eight teams from across the and will take the form of a knock out said Sang Mendy, Public Relations Officer.

"We've invited about sixteen teams to partake in this tournament in which we will have the opportunity to scout some female players to join the academy and as well prepare a team to partake in the nations female league in the near future for Brufut," he explained.

"We had two meetings and in all these two meetings only eight turned out, so we decided to hold on to the eight that turned out because to us its only these teams that are interested".

Mr. Mendy also informed journalists that they are organising this tournament for the women in order for them to keep fit as well as be active players of the game and not mere supporters.

The day's activities includes set-setal in the morning whilst the matches kick off at 3.00pm. 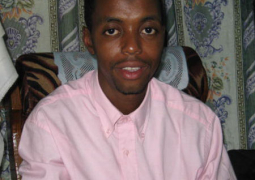