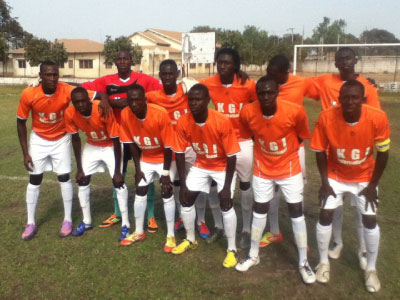 KGI FC, who were eliminated in the initial stage of the qualifiers last season and came into the with the objective of snatching a win and advance to the triangular qualifiers and they won the lion shared of ball possession and created numerous goal scoring opportunities.

Their efforts yielded dividend when striker Ebrima Kujabi netted a hat-trick in each half, eventually earned KGI FC a place in the triangular qualifiers.

Sukuta United fought back for an equalizer but managed to pulled back one, which eventually prove to be a consolation goal.

The two teams with highest number of points will gain promotion to the 2012-2013 Gambia Football Association GFA second division league.