Kerewan Area Council yesterday presented a cheque for D300,000 to Gamworks as part of its counterpart contribution towards the Community Based Infrastructure and Livilihood Improvement Project (CILIP).

The cheque was presented at a ceremony held in Banjul at the office of the permanent secretary Ministry of Regional Administration, Lands and Traditional Rulers.

According to officials, the presentation formed part of payments due to Gamworks meant for the construction of three markets within the purview of the council.

The council is also expected to pay a balance of D266, 000, not later than the new year.

Speaking on the occasion, Saikou Sanyang, the permanent secretary at the Ministry of Regional Administration, Lands and Traditional Rulers, expressed delight with the presentation.

He said that this showed the commitment of Kerewan Area Council towards the welfare of its people, as well as meeting the development needs of the North Bank Region.

He further reiterated his ministry’s resolve and that of the Gambia government in ensuring that quality infrastructural development is provided to the people of the country.

There is no doubt that the presentation will go a long way in alleviating the plight of the people of the country, permanent Secretary Sanyang said

“I’m appealing to the beneficiaries to make judicious use of the projects for the benefit of future generations,” he added.

Alhagie Lamin Ceeesay, chairman of Kerewan Area Council, said, “I must admit that I’m definitely overjoyed with this presentation that also coincided with councils lean period, and I must also thank the staff of the council for their hard work and foresight in making this possible.”

He assured the ministry officicials and Gamworks of the council’s commitment and collaboration at all times.

He called on all rate and tax payers to come forward and settle their dues, for the council to continue providing the much-needed services to the people of the region.

According to him, without adequate resources council will find it hard to live up to expectations.

“This concept of community driven project is the best because it puts beneficiaries at the center by giving them chances to identify their own choosen projects that will be implemented. This is why council found it more prudent to forge a partnership with Gamworks in ensuring that the CILIP project becomes a reality,” he said.

The chief executive officer of Kerewan Area Council, Momodou Jallow, said the overall goal of the presentation was to rekindle and revitalise the town’s urban development programme.

He announced that the sums presentated to Gamworks were earmarked for the expansion of the Farafenni market, construction of a new market for Amdalaye, as well as the reconstruction of the old Barra market.

According to him, it was incumbent upon council to create the enabling environment that will allow businesses to grow, encourage investors as well as creating jobs for the people of the region.

He used the opportunity to reassure the people of the North Bank Region that the council will do everything possible to plough back collected resources to them in the form of development projects.

He also called on tax payers to pay in time so that council can continue to provide them with the needed development projects, while thanking Gamworks, the ministry of Regional Administration, as well as the government for their efforts.

Modou Sarr, the monitoring and evaluation officer of the CILIP project, applauded Kerewan Area Council for fulfilling part of their agreement.

He revealed that the project is a replica of the defunct CDDP project meant to alleviate the plight of the local people. 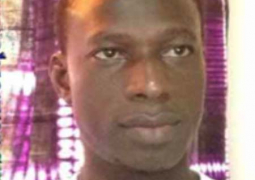