Ever since coming to power in 1994, President Yahya Jammeh has pledged to improve the lives of all Gambians.

However, 18 years on, many development programmes have been initiated and embarked upon, but there is much more still lacking in facilitating better lives for the citizenry.

So, while there have been more schools and some health facilities built across the country, party loyalists taken to Mecca for the Hajj, some roads built etc., there is more room for improvement.

Donkey carts are still being used to transport pregnant women and the sick to and from hospitals in rural Gambia, while many senior government officials drive fancy cars to work.

Unacceptable bad road conditions in the country is noticeable by all, be it within the Greater Banjul Area or in the provinces.

For example, the poor condition of the national highway around the Kiangs, as well as the bad roads linking Sandu, Wuli and Basse are all clearly there for all to see.

And if these are far, see the condition of the roads in Wellingara, Faji Kunda, not to speak of the capital city of Banjul, just to name a few.

In the area of agriculture, which government called a priority and supplied some people and communities with tractors, the sector is still far from being successful.

Many famers do face enormous challenges during the farming season, with very limited support or without any support at all.

Respect for the rule of law, human rights and a free press are still lacking in the country, without which the lives of people cannot improve.

So, looking at all these shortcomings, there is a long way to go to realised the dream of improving the lives of people and alleviating poverty in the country. 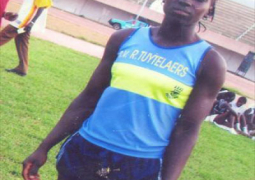