The Gambia Bar Association has reacted to comments by Lawyer Lamin K. Mboge, who in a recent press interviews denounced the week-long strike embarked upon by lawyers to protest the conviction of lawyer Moses Richards.

Mboge told journalists in interviews that the protest by members of the Bar was not the best option, and that it will only bear negative effects on the Bar, the judiciary and the general public.

He also criticized the Bar for failing to protect its members and safeguarding the interest of the public.

However, in a statement issued yesterday, the Bar Association expressed its disappointment at what it said, was “the unfortunate and irresponsible remarks” made by Lawyer Mboge against the Association.

“The Gambia Bar Association wishes to express its disappointment at the unfortunate and irresponsible remarks made by Lawyer Mboge against the Bar, particularly during this difficult time when the Bar has resolved to stand united to protect its independence, security and dignity, which of late has come under severe threat. The recent prosecution, conviction and imprisonment of Moses B.J. Richards are testimony to the fact,” the statement said.

According to the Bar Association’s statement, whilst it cannot guarantee the cooperation of all its members towards the attainment of its goals, it denounces the attempt by Lawyer Mboge to bring scorn onto the association through the publication of untrue statements in the public media.

Noting that the Gambia Bar Association owes a duty to the public to correct such misleading statements, and set the records straight, the statement said Lawyer Mboge is currently standing trial for criminal offences completely dissimilar to those preferred against Mr. Moses Richards.

“The case against Mr Moses Richards was a direct result of letters he wrote on the instructions of his client. Lawyers the world over have a right to defend the interests of their clients without fear of arrest or prosecution,” it added.

According to the Bar, the case against Moses Richards is an attack on the independence of the Bar in The Gambia, and a catalyst for muzzling lawyers upon whom the public ultimately rely to fight justice, hence the stance of the Bar regarding Richards’ case.

The Bar further stated that it does not wish to comment on the merits of the case against Lawyer Mboge, but would stress that the case against Mr. Mboge does not fall in the same category as Mr. Richards’ case.

The statement added: “The complainant in Mboge’s case is Mr. Mboge’s own client. Lawyer Mboge received all the necessary support from the Executive of the Bar within its powers regarding the case. He has also secured the services of competent lawyers to defend him at no cost.

“Lawyers are not themselves above law. The Bar expects that Lawyer Mboge would solicit the legal expertise of his colleagues to join in his defence if he deems it necessary.”

“It smacks of hypocrisy for Lawyer Mboge to blame ‘some individuals in the Bar who refused to make a simple apology to save Moses Richards’ until he (Richards) was incarcerate’,” the statement continued, adding that the decision was the decision of the entire association after extensive deliberations, and his comments about the matter as well minuted.

“Mr. Richards had done nothing wrong to apologise for, and it was unclear to whom he was to directly apologise. The reason for Mr. Mboge’s apparent shift in attitude is same selfishness of which he (Mboge) accuses the members of the Gambia Bar Association.

“Mboge is at this particular period in time apprehensive of the outcome of his pending judgment, and is prepared to betray his principles and disown his own association.

“GBA urges Lawyer Mboge to apologise to the Bar for his unwarranted attack on its members,” the association concluded. 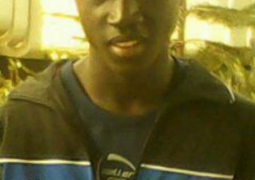