Junior Stars FC will take on Sanchaba FC in the opening game on Saturday 17th July 2010 in the junior championship.

Speaking to Pointsport yesterday, the President of Kartong Youth and Sports Committee (KYSC), Habib Touray said the final is expected to be attended by important dignitaries and football fans in Kartong and its satellite villages. He said Foday Juwara, the Proprietor and Managing Director of Farm Engineering Company, is expected to take the kick-off during the final.  Franco, an Italian national residing in Kartong will take the kick-off in the junior championship on Saturday.

We need to work hard - Chorro 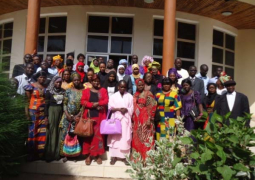