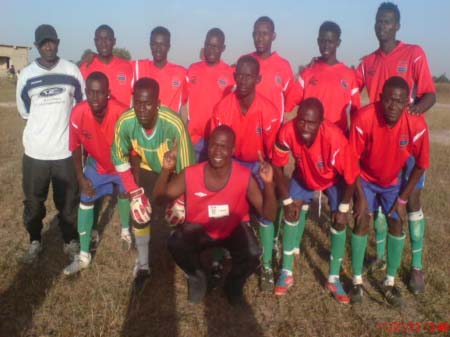 The Gambia National Deaf Scorpions are currently on their fitness preparation ahead of the 2014 competitions to be held from 4 through 25 October this year, in Abidjan.

The participation of the Gambia National Deaf Scorpions Association (GNDSA) came through an invitation following their victories over other African countries since 2006 to date.

As they are preparing for the competition, event’s requirements for plans, documents and budget to have been sent to some government sports departments for financial support, such as the National Sports Council, Office of Minister of Youth and Sports and its satellite institutions for ensuring the realization of their participation, said Lamin Ceesay, president of the GNDSA.

He said further that it is inspiring for the deaf scorpions to have been invited to participate in the 4th edition of the West Africa Deaf Football Tournament slated for 21 July to 9 August later this year, at the state of Kegue in Lome, Togo, where eight countries are invited including The Gambia.

UK charity donates D200,000 worth of materials to 14 schools in Niumi