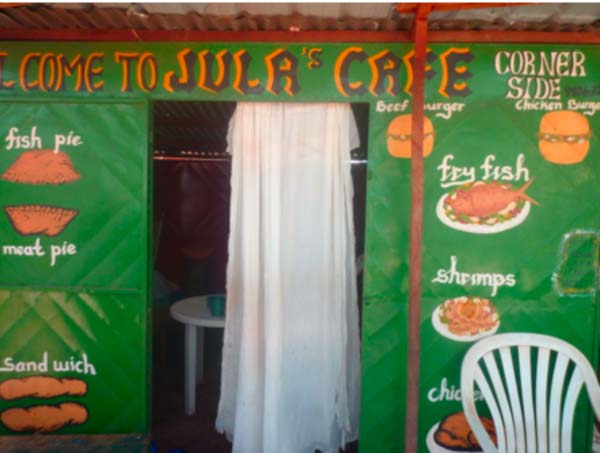 In a sustained effort to scale up its menu in harmony with pace and time, Jula’s Restaurant is now under operation.

The restaurant which is the talk of Bakoteh town has come to provide palatable es to its customers in the area.

“We considered it necessary to always bolster up our already compressive menu so as to meet the growing demand of the customers.”

In a brief chat with the manager of Jula’s Restaurant recently, Mr. Ceesay known as Save Jula, told Point Entertainment and Lifestyle that he has been in the system for quite a number of years now, and learned a lot about restaurant operations.

He added that the experience he got from this profession made him to establish his own place, which is Jula’s Restaurant.

The reason why he started this restaurant is to contribute to national development rather than sitting down without doing anything, he said, adding that though there are challenges in the system, one has to manage with it.

Mr. Ceesay went on to say that even though there is the Ebola outbreak in some African countries, The Gambia is still free from the virus, adding that we should pray for more tourists to come to The Gambia.

At Jula’s Restaurant, they have both a local and international menu, with reasonable costs for customers.

“I am not looking for so much profit, and as at now I am really working on my menu for the coming tourist season,” Ceesay said.

Mr. Ceesay added that with all the many hotels and restaurants in the country, he also decided to establish his own restaurant in Bakoteh opposite the Bakoteh police station because of the knowledge and experience he has in the business.

Jula’s Restaurant operates from 7 am to 8 pm, he announced.