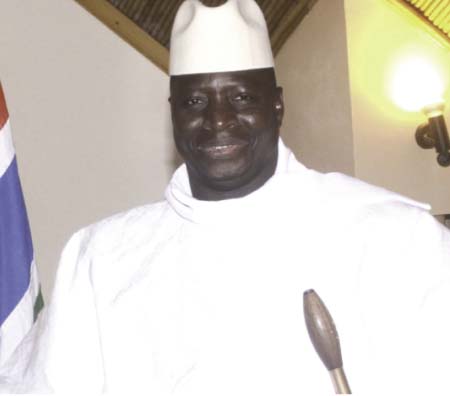 He informed them about the recent arrest and dismissal of some government officials.

President Jammeh spoke at length about corruption, and the offences allegedly committed by some government officials.

He first mentioned the GNPC (Gambia National Petroleum Corporation) scandal uncovered last month, which led to the arrest and charging of ten officials, including a former minister of petroleum and GNPC board members.

He said they signed an agreement for the supply of petroleum to the GNPC with a bogus oil company in Dubai, which resulted in the loss of US$12 million.

He further said the suspects have offended the nation, and a crime of that nature would not be pardoned.

President Jammeh said: “I drew the attention of the former Minister of Petroleum of the bogus oil company’s name, that such a name did not appear in the Internet - neither on Google nor on YouTube - and I questioned why GNPC should do business with that company, but some members of the board were trying to convince me for the company to supply oil to GNPC.”

Talking about the latest recent case which occurred on Tuesday 5 July 2016, which led to the dismissal of 27 government officials, including eight permanent secretaries, President Jammeh said this was due to an attempt to fraudulently auction some 545 government vehicles.

He said 545 government vehicles were to be auctioned for D4.5 million in revenue, meaning that each car was sold for around eight thousand dalasis.

“Some of them are brand new ones which were reported to be sold at twenty thousand dalasis; they only ran for few months. They did not send the cars to a qualified mechanic to know the condition of the vehicles.”

“The cars (to be auctioned) are now in Kotu Central workshop,” and he had invited the GRTS to go and film them to show them to the whole country.

The Gambian leader also on the same day announced the banning of child marriage and forced marriage in the country.

He said a law to that effect will be enacted by the National Assembly, latest 21 July 2016.

“As from today, child marriage under 18 years is illegal in The Gambia,” President Jammeh declared.

Jammeh stated further that the law will come with penalties, against parents, husbands of victims and fathers who will be jailed for 20 and 21 years; and religious leaders who preside over the marriage will face the consequences.

“Those that force their daughters to get married to husbands not their choice will be jailed for 10 years.”

The President added that no individual will be given the leverage to seek external support for its implementation, as in the case of FGM which was used by other institutions to gather support from international donors like the EU.”

He said child marriage exposes victims who are under 18 to numerous diseases that affect their health condition.

He proposed a 20 years sentence for culprits.

President Jammeh also called on regional governors, chiefs, and the police to report suspected cases, and said any attempt to hide information and the commissioning of such crimes “will cost the suspects dearly”.

The President also spoke of reports of murder, armed robbery and baby dumping in the Upper River Region, pointing out that he had turned a new page since the 21st anniversary of the July 22nd  Revolution, when he pardoned several prisoners, but warned that anybody found wanting will face the full force of the law without mercy.

Jammeh warned armed robbers in URR, saying recently they killed one person in the area; and he promised that security agents would do their best to apprehend them and punish them according to the law.

“I will make sure peace and tranquility prevails in this country,” Jammeh assured his audience. 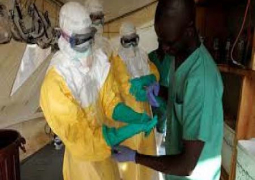