The Banjul High Court on Friday granted court bail to Abdoulie Dibba and Yusupha M. Jaiteh, both ex-staff of the Assets Management and Recovery Corporation (AMRC).

The bail condition was for D50 million each with four sureties, and each surety must produce four leasehold documents.

The accused persons were also warned not to tamper with the witnesses pending the investigation of the matter, and were further warned not to been seen within the vicinity of the AMRC.

This followed the bail application filed by their defence counsel, Lamin Camara, at the Banjul High Court before the vacation judge, Justice Penda Dibba.

The two former senior AMRC officials, Abdoulie Dibba and Yusupha Jaiteh, were charged alongside Abdoulie Tamba, former managing director of the corporation, who was said to be at large, with economic crimes.

They were first arraigned before the Banjul Magistrates’ Court, which subsequently transferred the case to the high court for lack of jurisdiction to try the accused persons. 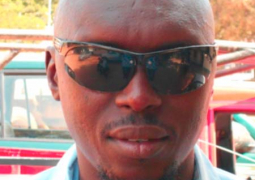