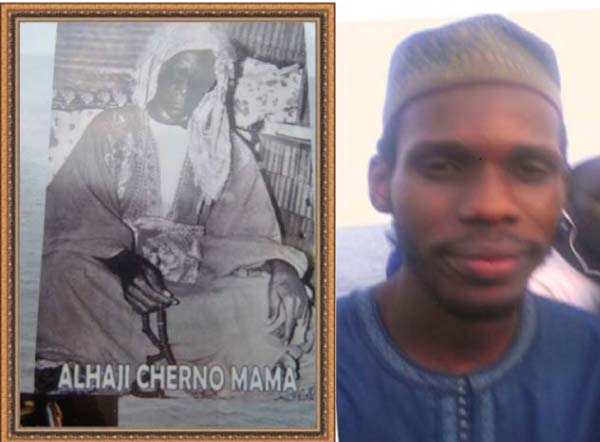 Under the auspices of the Khalifa General of Kerr Mama Alh Ahmad Cherno Jallow and Dara Jamatul Amma, in collaboration with Dairatul Amma, the 7th Annual Islamic Conference was recently held at Bakoteh.

The conference started with the recitation of the Holy Quran by the talibes of the Dara Jamatul Amma and Sikarr and a Quranic recitation by Muhammed Darboe and Mariama Njie of the Dara.

The guest speakers were Dr Abubacarr Senghore and Imam Baba Leigh on the topic of Islam and democracy, moderated by Alh Mama Jallow (Alh Gaman) from the Hadratul Mamiya of Kerr Mama.

“Religion in general cannot deny political components, tendencies and impacts,” he said. He added that there has always been an interconnected relationship between the two fields of human social action with an interchanging predominance of each, driven far sometimes; even as far as a complete absorption of one by the other.

“At the first sight, it seems to have operated at the same time as a modern ideology, able to unite social movements against uncalled for domination. As an archaic construction it has reduced its adherents to a state of underdevelopment and barbarism,” he said.

“It is our duty and ethical responsibility as scholars to fight against the propagandist, caricaturist mode in which Islam is treated for political purposes by other representatives of power-politics and economic and military imperialism,” he continued.

He stated that most analyses of Islam cannot avoid the tendency of cultural essentialism, on one hand, or, on the other, of a marxist or materialist historical determinism and evolutionism.

“The first denies Islam its capacity for change. After conceptualizing an ideal type, the essentialists try to reduce the whole Islamic world and history to their own construction Islam is visualized as having one and the same impact wherever and whenever it meets whatever society; particularly in a democracy,” he said.

In conclusion he stated, “These theoretical foundations form the main structure for the maintenance of a bipolar system in international relations. Nonetheless, Islam as a religious composition does preferably call for a democratic system.”

For his part, Imam Baba Leigh also dilated on the topic, saying, “Islam is a practical religion which does not allow tyranny as far as democracy is concerned.”

“Islam is a religion which was not satisfied with teaching the ideal of fraternity and equality to its adepts. No! Islam did not cling to a theoretical and isolated education of its doctrine,” he stated.

“On the contrary, Islam trained its believers to make use of Islamic principals in their everyday life; it educated and exercised them to strictly observe them in their activities,” the Imam said.

The objective of the Islamic Conference, according to the Khalifa General of Kerr Mama, was to reflect back on the principles of democracy in Islam for the public to understand that power belongs to the people, coupled with maximum discipline and tolerance “which is the baseline if any aspect of sustainable development is to be realized,” he added.

Imam Alh Mustapha Jallow recited the Kadmull Quran, while the Khalifa General of Kerr Mama closed with prayers for the country, president, government, sub region, the world and to all and sundry for peace, progress, betterment, good health and prosperity at all times.