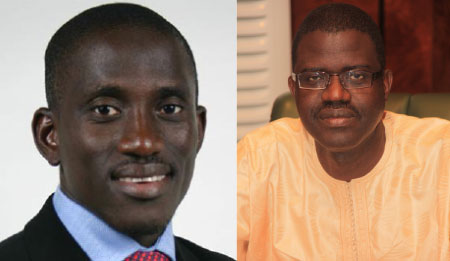 In yet another cabinet reshuffle, President Yahya Jammeh has reassigned his long time Secretary General and Head of the Civil Service and Minister for Presidential Affairs, Dr Njogu L. Bah, to the Ministry of Petroleum.

A news release from the presidency announced late Monday that President Jammeh has now appointed Momodou Sabally, director of budget at the Ministry of Finance and Economic Affairs, as the acting Secretary General and Head of the Civil Service.

The development comes days after Jammeh also appointed Nana Grey-Johnson, Minister of Information and Communication Infrastructure, as Secretary General No.2.

A graduate of the University of The Gambia and a publisher of several books, Momodou Sabally graduated in February 1999 as valedictorian with the country’s first batch of home-grown university products with a major in Mathematics and a minor in Economics.

Born in Banjul in the mid-seventies, Sabally worked as an Economist/Statistician at the research department of the Central Bank of The Gambia.

Sabally also worked as Youth Assistant with the department of youth and sports, taking up the assignment of Youth Officer for Western Division where he co-ordinated youth and sports activities for the whole division from his station at the Commissioner’s Office in Brikama.

Among his published books is Jangi Jollof: a Memoir on the Gambia’s First University Programme, “Instant Success: the Ten Commandments of Personal Achievement’ and the ‘Road to Enduring Riches” in 2006.