Investigation in the allegation of killings and other enforced disappearances allegedly committed by the regime of former President Yahya Jammeh has stalled for lack of human and non-human resources, a UN group has discovered.

The United Nations Working Group on Enforced or Involuntary Disappearances (WGEID) said: “Investigation in a number of cases [of enforced disappearances] is being delayed either due to difficulties in the exhumation and/or identification of the bodies or due to the fact that perpetrators are at large, including abroad (notably in Guinea Bissau).”

A delegation of the UN Working Group, composed of Ms Houria Es-Slami, and Mr Henrikas Mickevicius, was in The Gambia for an eight-day official mission, from 12 to 19 June 2017.

The team had meetings with relevant governmental and non-governmental institutions, including the Panel of Missing Persons, a specialised taskforce created within the Gambia Police Force in February 2017 specifically to look into cases of enforced disappearances committed between 1994 and 2016.

In an eight-page report of their preliminary observations at the end of the mission, the UN Working Group disclosed that the Panel on Missing Persons is currently investigating 35 possible cases of enforced disappearances.

However, out of the 35, investigation is completed only in one case which is the case of Solo Sandeng, the late youth mobiliser of United Democratic Party who was alleged tortured to death while under the custody of the notorious National Intelligence Agency, now renamed State Intelligence Services.

Subsequently, nine former agents of the NIA, including the former director general, have been arrested, charged with conspiracy and murder of Mr Sandeng.  The trial is ongoing.

However, the UN Working Group, in their report, said a number of army officers have been arrested and detained in connection with the disappearance of four individuals allegedly involved in a coup attempt against Jammeh in December 2014.

Also, two burial sites have been already identified in Tanji and in the Titinba Forest near Bwiam in the Foni region, and the remains of four disappeared persons have been exhumed.

“There are however some obstacles in the identification of the bodies due to the lack of adequate technical means and resources, notably for appropriate DNA testing,” the group said.

According to the information received by the UN Working Group, there are in addition a larger number of disappeared persons whose bodies are believed to have been thrown in wells or graves in or around the village of Kanilai, the native village of Jammeh.

Also, the group had received information that a possible mass grave is in the Army Barracks in Yundum, where 13 army officers who had allegedly participated in an attempted coup in November 1994 would have been buried.

“However, due to lack of adequate technical means and resources as well as the geographical characteristics of the land, the exact places of burials have not been identified yet,” the group lamented.

Based on the status quo, the UN Working Group recommended that “there is a critical and urgent need” to improve the forensic capacity and technical means of all those involved in the exhumation and identification of bodies.

There is similar need in ensuing criminal investigation, especially in relation to DNA testing and forensic anthropology.

“The government should also be proactive in the identification of new mass graves, and provide the necessary equipment to probe their location,” the group said, adding that The Gambia needs technical cooperation and assistance in this respect.

The UN Working Group also emphasised that access and meticulous preservation of all existing archives is essential to secure the rights to truth and justice. In addition, access to archives, including those of security sectors institutions, should be guaranteed for the purpose of the search of the disappeared. 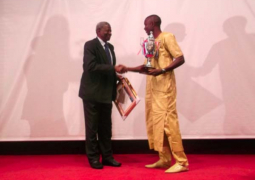