Justice Amadi of the Special Criminal Court in Banjul yesterday rejected the defence counsel’s no-case-to-answer submission in written briefs, and called on the former WAAPP coordinator, Sheikh Tijan Sosseh, who is facing charges of economic crime, to enter his defence.

When the case was called, defence counsel E. Singhateh said they are formally applying to submit and file briefs on the no-case-to-answer.

He said since the court did not sit during the last adjourned dates, he was instructed to write briefs for a no-case-to-answer submission.

Justice Amadi then said the economic crime Act said all parties must be heard.

The defence counsel said the accused has a right to make a no-case submission, and that the law said if at the end of the prosecution’s case, the accused had no case in the eyes of the law, the accused should be acquitted and discharged.

The judge then asked the defence counsel to read section 3 subsections 2 of CPC and tell the court what it means.

Counsel after reading it said it stated that all parties must be heard, but argued that by making no-case submission the accused was heard.

Defence counsel E. Singhateh then said they intended to file a written brief on the no-case submission on behalf of the defence, to be filed on Wednesday 11 February 2015.

However, the state, represented by O. Danso, said the law did not allow the defence to make no-case submission under the economic crime Act.

Justice Amadi, in his ruling, said: “I have listened carefully to both sides and the court shall hear all the evidences by the prosecution and the accused under the economic crime Act. I reject the submission made by defence counsel on the no-case-to-answer submission, and call on the accused to enter into defence.”

Count two stated that while employed in the public service of the Gambia as GEAPP coordinator, Sosseh neglected to effectively supervise the construction and rehabilitation of the Seed Multiplication Centre at Chamen in The Gambia.

Sheikh Tijan Sosseh was further accused in count three that, while employed as the GEAPP coordinator, he recklessly paid D15,895,125.25 to the general procurement service in spite of the shoddy construction and the rehabilitation works at Chamen Seed Multiplication Centre, and thereby caused economic loss to The Gambia; that is, the Ministry of Agriculture and the GEAPP. 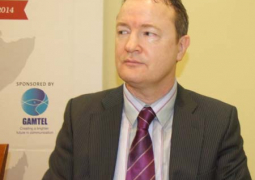