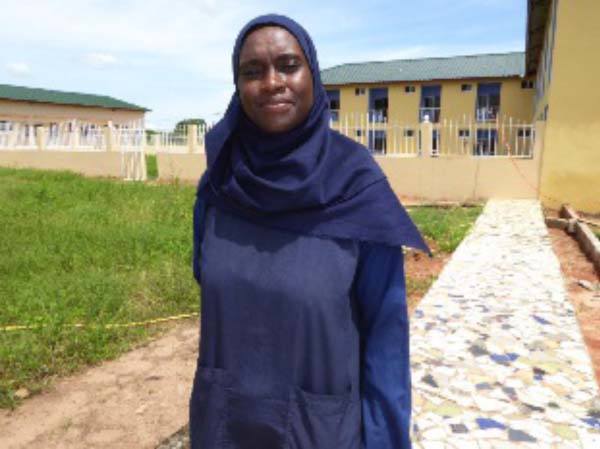 British Embassy Banjul recently met with Chevening Alumni, Yai Fatou Gaye, who is a practicing Civil Engineer in The Gambia. These are her responses to our questions.

What does it mean to be part of the prestigious Chevening Alumni?

It is a great honour and privilege to be part of the Chevening Alumni. It represents an academic achievement that I am very proud to have attained.

What impact has your scholarship had on your current career?

My scholarship is in part responsible for my success in my chosen field. As you know, I used the Chevening Scholarship to obtain a Masters Degree in Civil Engineering; specifically, International Construction Management and Engineering. Having a Masters Degree gives me access to career paths that would not have been open to me without one. For instance, I am currently the site engineer for the refurbishment of FIFA’s Goal Project Training Centre in The Gambia. This is a US$500,000 project sponsored by FIFA. The requirements for the position of site engineer not only required someone with experience but also with the right educational background. Having a Masters Degree and almost 10 years of experience certainly made it easier to attain the position.

Would you encourage Gambians to apply for the Chevening Scholarship?

Of Course! This is a great opportunity for a hard-working Gambian to attain his/her full potential. With the Chevening Scholarship, one has the potential to achieve a higher education as well as network with people from diverse backgrounds and regions. A lot of opportunities could be had when one passes through this single door.

You currently find yourself in an industry that is predominantly male dominated. What brought you into this line of work?

I have always wanted to work with my hands and I was never afraid to get them dirty. Since I had graduated in the middle of a construction boom in The Gambia, and could not open my own automotive repair garage at the time, I decided to re-think my career path. Since construction was about building things from scratch, required both office and site time, and impacted the infrastructural development of the country, I decided that that was the field I wanted to get into. The fact that it was male-dominated was not an issue, because having had a Bachelors degree in Mechanical Engineering and Business Management (double major), I had previously worked in an automotive garage and that was also a male-dominated field.

How are women perceived within this field in the Gambian society?

There is always a surprise when people see me on a construction site. Since I am typically the only female on the site, I usually stand out. Of course, most people are of the opinion that this is supposed to be a man’s job. But when they witness me working on site, or see a project that I have supervised and the people who worked on it with me (all men) acknowledge that I was partially responsible for the success of the project, then they respect me and acknowledge the fact that I know what I am doing and I am good at what I do.

Would you like to see more women in this field?

Yes! Why not? There are a lot of instances where a woman’s opinion might highlight some issues that the men would not have thought about.

What are some of the challenges you have faced within your career and how have you been able to overcome them as a result of your Chevening experience?

The key challenge in my field is to lead men who are of the opinion that, ‘only a man can lead a man’. My personality is not the, ‘roll over and play dead’ type. Rather, I ‘fight fire with fire’. But of course, having been around for 10 years now, I am experienced enough to know that it is not always necessary to go through a wall, in order to get to the other side. Sometimes it’s just easier, and wiser, go around the wall, in order to achieve what you need to achieve. Of course, having firm knowledge gives you the confidence to stand up to some of these challenges, and that’s where the Chevening experience comes in.

What do you think about the recent increase of scholarships allocated to The Gambia?

I think that is one of the best decisions Chevening has made with regards to this scholarship for The Gambia. As the saying goes: give a man a fish and he will eat for a day. Teach a man to fish, and he will eat for all time. Sending more than one scholar a year to attain higher degrees in diverse areas will, in due course, have the effect of accelerating the country’s development agenda by increasing the value of the human capital at its disposal. Without competent human resources to implement the vision of government, we are all simple groping around in the dark. But when all these scholars come back to the country and contribute their quota, surely, we will attain success in our developmental goals and such.

Recently some members of the Chevening Alumni have met with scholars that are about to depart for studies in The UK, what advice do you have for them?

As I told some of the new scholars, this is a golden opportunity; a door has been opened for them. However, they are the ones that decide where this opportunity leads and whether the door stays open or not. A higher degree is different from a Bachelors in that the research component is more demanding. Thus it is of the utmost import that the scholars are self-motivated and are fully focused on the task at hand. This is because the time given to finish the required courses and submit a dissertation is too short. So they must learn to manage their time very well.

No. Unfortunately, none of the scholars this year are in my field of study, nor attending my alma mata. Hence I believed it was better to let others who have either one or both of these in common with the scholars, mentor them.

What are some of the future plans that the Alumni group have?

Well, you will have to ask the newly-elected executive that question in order to have a factual answer. I was the former president and this mentorship programme that you asked about was one of the initiatives that my executive had come up with. I am sure that the current executive will come up with similar initiatives that will take the Chevening Alumni to very high heights.