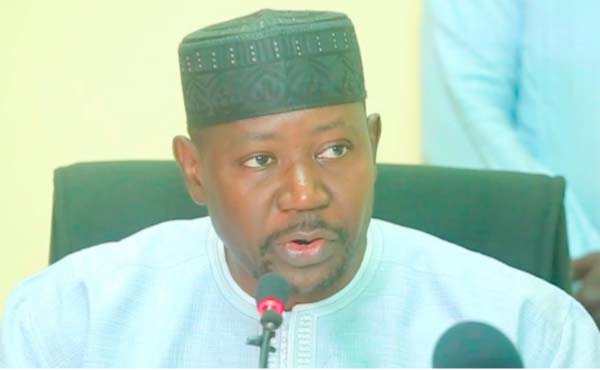 Mai Ahmed Fatty, the Interior Minister, has described Thursday’s incident, during which shots were fired, between the ECOMIG forces and The Gambia’s Army as an accidental discharge caused by delayed communication.

Minister Fatty made this remarks on Friday at a press briefing held at the Interior Ministry in Banjul. Conflicting reports of the incident had been emerging from both groups involved.

He said the incident was being blown out of proportion and exaggerated in many quarters.

According to him, it is important for the country to understand that there is no cause for alarm, that there is no serious confrontation between Gambian Army (GAF) personnel and the ECOMIG troops on the ground.

Narrating how the incident happened, Minister Fatty said the four main functions of the ECOMIG mandate in The Gambia are to protect Kanilai and its surrounding areas. He said they are doing that and are based in Bwiam, not too far from Kanilai.

“We have these forces who supposed to be stationed in villages just before Kanilai and communication was a bit slow in reaching to our Gambian forces that the Senegalese troops will be station there. And by the time the information got to them, there was an attempt by the Senegalese forces to pass through Gambian security corridors. At the time the incident took place, the Gambia Armed Forces did not get clearance from The Gambia national army command. They could not allow them access.”

He said that the issue arose out of a miscommunication, adding: “There was no intentional effort on the part of the Senegalese forces to shoot anybody.”

He repeated that it was an accidental discharge that resulted in minor injuries but quickly noted that no member of the Senegalese forces or ECOMIG present directly aimed at anyone. He also noted that none of the injuries where life threatening as victims were immediately evacuated to Bwiam and EFSTH and released the same day.

“It was minor misunderstanding or miscommunication that resulted into what transpired. The matter has been diffused and deescalated. There is no tension in the either sides-the Gambian side or the ECOMIG side. Both armed forces are integrated so that they can perform their duties perfectly,” he said.

Minister Fatty described the situation as regrettable, adding that a meeting was immediately convened between the ECOMIG command and GAF.

He said there was effective and rapid response at the highest level in the country and consultations were conducted on all sides.

He said they had affirmed readiness to continue working with ECOMIG on the ground as they are here to stabilize the country.

“There is no difference or confrontation between the forces. It was delayed communications which caused the misunderstanding at the access point. The Gambian side was supposed to be communicated to but they got the information later before the Senegalese movement. But now there is harmony. We are brothers and sisters with Senegal and Senegalese forces are performing an important duty on our soil. We welcome them and I want all Gambians to embrace them. They are not an occupying force, they are not here to threaten our peace, they are not here to oppress, and they are not here to impede on the rights of any Gambian citizen.”

He commended the Gambian forces for acting professionally during the incident by exercising maximum restraint.