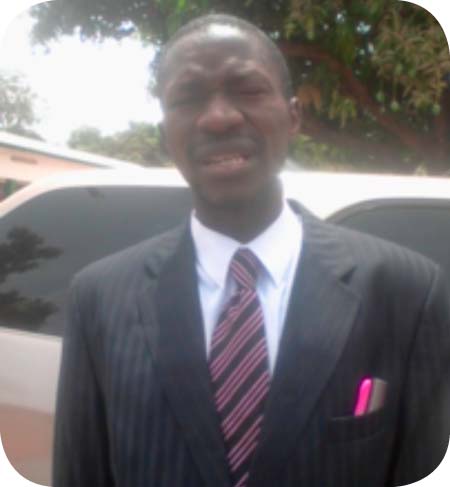 The Caliph General, Muhideen Hydara, and village alkalo, Buyeh Touray, were arraigned before Magistrate O. Cham of the Brikama Magistrates’ Court, charged with conspiracy and disobedience to lawful order.

During yesterday’s hearing of the case, defence counsel LK Mboge, served the court with the petition of appeal and the summons of notice which was fixed for 22 October 2014, at 1pm.

He said going by the constitution which is the supreme law of The Gambia any proceedings in any other court including the Brikama Magistrates’ Court that court shall stay its proceedings and refer the matter to the Supreme Court for determination.

Counsel Mboge further told the court to give the accused persons enough time to prepare their defense as it was their fundamental rights guaranteed by the constitution.

However, the trial magistrate Omar Cham, said there was no order from the high court neither a high court judge for the court to stay its proceedings.

Based on that he would disregard counsel’s submission and grant the prosecution to proceed with the case, Magistrate Cham said.

In his testimony, Seedy Gibba, a BAJ messenger from Giramba village, told the court that he knew the two accused persons and could recall what happened on 28 July 2014.

On that day he received a call from the chief of thearea, Momodou Lamin Jarju, telling him to go to Darsilameh Sangajor and tell the Alkalo and the Imam that the President said if any one did not pray on Monday the person should not do so on Tuesday.

He said he met the Alkalo who later took him to one Malaine Hydara as the Imam of Darsilameh and he conveyed the message to him.

Malaine Hydara said he was sick and asked the Alkalo to take him to one Talibe, he said.

He went to Talibe and conveyed the same message to him and Talibe asked him if he did not listen to the radio and he told him that when they were about to read the news he switched off his radio and that was the time the chief called him.

He came back and explained everything to the chief and the chief told him to go back the next day to see if they would pray.

When he arrived the next day he saw people going to the praying ground and he called the chief and told him they were praying and the chief told him to come back, he said.

Both accused were present at the praying ground, he said.

The case continues on 6 November 2014, for cross-examination.