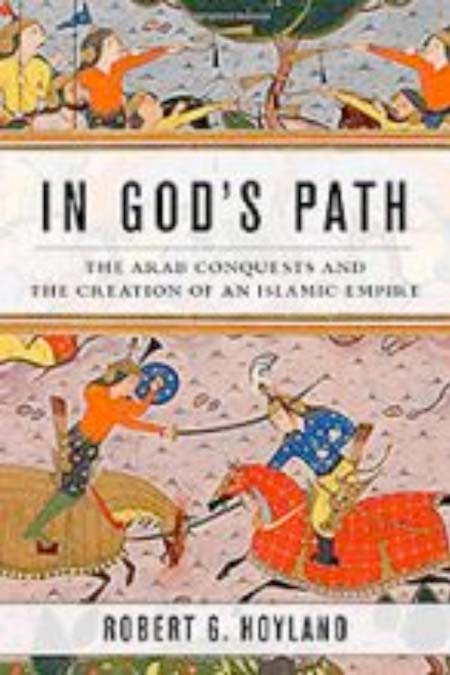 The main aim of this book is to answer the following question: how does one account for the speed with which the Arab empire was built? The period covered extends from the rise of Islam down to the middle of the eighth century. The question posed is largely rhetorical, intended to show that what was referred to as ‘staggering’, ‘near-miraculous’ or ‘a human tsunami speeding outwards’ was a much more complicated affair. In other words, the author’s aim is to demonstrate that the Arab conquests were a long-drawn process rather than a mere event as some Western scholars, relying on Arabic sources of the ninth century, tend to think. This reversal of starting points or conclusions is said to have become feasible as a result of the discovery or rediscovery of a number of seventh and eighth-century Christian and non-Arabic texts. Within this broad aim the author wishes, in addition, to rehabilitate the subdued voices of the vanquished and non-Muslim elements in both their attempts to repulse the conquests or contribute to their ultimate success. The argument is underpinned by a running thread that flags the underlying ‘Arab’ rather than the ‘Islamic’ character of these conquests. In this respect Hoyland parts company with a large host of historians who take the Islamic identity of these conquests for granted.

As the author of a number of books on the history of the Arabs, including Arabia and the Arabs, Robert Hoyland is ideally positioned to tackle such questions. His historical methodology belongs to a school of thought that throws doubt on the reliability of Arab sources and consequently seeks its primary data from non-Muslim accounts which are considered to have been compiled as almost eye-witness reports. In this sense, Arab historical accounts, produced almost two centuries after the event under study, are deemed secondary sources that have to be treated with extreme caution. Although, taken at its face value, such a judgment seems a plausible one, it promises more than it can deliver.

It is appropriate at the outset to point out that Hoyland’s non-Arabic sources are largely of a fragmentary nature, with no connected narrative capable of drawing together all the details in a consistent and comprehensive manner. The authorities in question, listed in the select bibliography under ‘Key primary sources’ (p. 282), refer to chronicles on various regions, such as that of Sebeos, The Armenian History, and Theophanes’s Chronographia. Nevertheless, included in the same list are some of the most renowned Arab and Muslim historians, Baladhuri,Ibn ‘Abd al-Hakam , Khalifa and Tabari. It is these last sources that allow the historian to situate a certain event, or verify a date ,by furnishing one with a clear framework or structure.

That said, In God’s Path offers a lively and fresh account of the Arab conquests. While narration dominates and interpretation is introduced at the end of each chapter as a sort of afterthought, this does not detract from the meticulously laid out plan which carries forward the story in its successive stages. This approach operates at two levels, whereby a straightforward narration of events is immediately followed by an analysis of their significance and long-term consequences. Seen from a generous angle, and having the non-specialist in mind, this approach has much to commend it. But by serving a beginner’s curiosity, it falls short of treating history as more than a mere logical or plausible story, and neglects the complex characteristics of the conquests adumbrated above. With each chapter offering a controlled narration of a particular battle or series of battles, and a tentative explanation of that battle and its consequences, much of the complexion and texture of this history is lost. In other words, instead of weaving his own interpretation of the Arab conquests into the narrative itself, the bare bones of a story are displayed first, culminating more often than not in a moralistic adage. Alternatively, in some cases an explanation is ventured only to be thwarted in midstream, as for instance with some potentially illuminating remarks on the possible number of troops, planning and army organisation of the Arab armies. These are mentioned in a brief paragraph (p.42) ,but never to trouble the author again. If we take, for example, the details of the structure of these armies, as mentioned in a scattered manner, as gold nuggets buried in river beds, it is surely the duty of the mining historian to keep prospecting until the desired object is fully displayed, classified and slotted into place. After all, this is what a historian writing almost 80 years ago did with convincing precision.

Nevertheless, certain gaps in our knowledge of the process of Arab conquests are filled by using non-Arab sources. This is brilliantly demonstrated in chapter 4, ‘The push for Constantinople (652–685)’, which largely coincides with Mu’awiya’s reign as governor of Syria as well as Caliph in his own right, and which provides a cogent interpretation of this caliph’s policies and government that is aimed at rehabilitating his maligned image as depicted by historians living under the rival ‘Abbasid dynasty in the ninth century. Moreover, the use of non-Arabic sources allows him to explain the failure of the second attempt by Mu’awiya to storm Constantinople from the sea in 654. While Muslim historians were content to highlight the first stages of the military encounter culminating in the Arabs’ victory at the Battle of the Masts, south of modern Antalya, they gloss over their subsequent decision to flee to safety. This defeat is recorded by Sebeos, a contemporary chronicler of John of Nikiu, who was writing in the early 660s.The Arab fleet was destroyed or sunk by a sudden raging storm. Another example concerns the conquest of Egypt in 640–2. Our Arab sources mention only one army under the leadership of ‘Amr ibn al-‘As, who invaded the country from the east, but by referring to contemporary accounts Hoyland stumbles across another army which had been marching from the south. Although his source does not explain how the second army entered Egypt, Hoyland ventures to offer his own explanation as to how it got there:

‘[P]erhaps first sailing across the Red Sea from Arabia and then traveling overland to reach the Nile. After passing to the west side of the river, it proceeded northward until reaching Bahnasa, ancient Oxyrhynchus, which lay about 100 miles south of Babylon, near the southern entrance to the fertile Fayum oasis, presumably intending to join up with their comrades to the north’ (p. 70).

Such an explanation is in need of further elaboration: how did the Arabs acquire a naval fleet at this early stage? Who built it? And where was built?

Whatever primary material a historian uses to construct his own narrative, speculation and conjecture become inevitable when no convincing evidence is available. It is for this reason that this new history of the Arab conquests is obliged to fall back on its Muslim sources in order to make sense of the process it aspires to depict and analyse.  In the course of carrying out this operation, it may add to our knowledge by using non-Muslim accounts, but does this exercise amount to the emergence of a new paradigm? Is the reader offered a different version not yet fully explored by previous texts? The answer is perhaps yes and no.

We can answer in the affirmative by highlighting the positive statements that are proffered as motives animating the whole enterprise. Firstly, there is the theoretical approach intended to govern the deployment of facts and data. It must be said that this is kept to a minimum or almost at a latent level, but it is possible to glimpse of its general features or contours, and the historical method in its classical sense (documentary or material evidence plus an endeavour to interpret its significance) is adhered to in a measured and laudable fashion. Moreover, the historian is able to observe new facts or deduce fresh conclusions by standing outside the immediate flow of events with an enhanced awareness of marginal and minority groups whose voices have been submerged or silenced by those of the victors or ruling elites. By adopting a sceptical attitude towards Arabic accounts written two centuries after the events they describe, his non-Arabic sources gain a foothold in the scholarly arena and are fully mined for obscure episodes, particularly in outlying regions such as Caucasia, Armenia and Transoxania. This postmodern sensibility is both illuminating and a welcome departure from more traditional accounts. Nevertheless, the postmodern turn is more in the nature of a mood rather than a full-blown theory. A paradigm shift is not yet to be expected.

Secondly, the main text gives the impression that Arabic sources are generally unreliable and many suffer from fatal defects. However, it is noteworthy that the book’s endnotes testify to a sustained reliance on these sources in order to construct a valid narration capable of pinpointing separate periods and turning points. It is also significant that Hoyland incorporates the main episodes of his historical subject as originally sketched out by these late annalists. Muhammad, his mission, the Qur’an, the Meccan and Medinese stages of his career and the distinctly Arabian background of his message are discussed as solid facts related to each other since the rise of Islam. This acceptance is in sharp contrast to earlier revisionist versions that threw serious doubts on the whole origins and subsequent growth of Islam as detailed in Arabic sources. Such doubts are brushed aside or displaced with the result that only the sequence of certain events or the full details of a particular battle are thought to be in need of further examination or verification. Such an approach reconciles traditional accounts with modern research techniques, but leaves the original account essentially intact, at least in its general outline.

Thirdly, perhaps the most innovative contribution of this work is its sober frame of mind that seeks to take the sting out of religious fever as the underlying cause of the conquests. These are seen as worldly affairs related to social, political and economic causes and are to be understood in this context whereby religion was one element, albeit a significant one, in a constellation or configuration of other elements or driving forces, and by no means the most conspicuous one. The Arab identity of the conquests is thus stressed in order to flesh out a wider network in which are enmeshed all the structures and discourses of late antiquity. In this world both religion and political power hugged each other in an intimate and tight embrace. This was true of Judaism, Zoroastrianism, and Christianity and ultimately Islam. It was the era of what Hoyland calls ‘the spread of universalising monotheism’ (p. 12).

Finally, the book includes a number of maps, illustrations and tables, in addition to an appendix on sources with critical remarks, a timeline and a list of dramatis personae. It also boasts an extensive bibliography and an index. It is professionally edited and produced. However, a puzzling postscript is added (p. 230) to alert the reader to the military and non-military or moral meanings of jihad. Unless the postscript, consisting of five lines, is intended as postmodern code, it seems to be redundant or at least out of place, since the entire subject of the book, as its title indicates, hinges on the significance of jihad in the path of God as represented by the Arab conquests.