About two months ago, the Central Bank of The Gambia published a booklet on Modernization of the Gambia Payments System, which among other aspects, clearly spells out that henceforth cheques clearing cycles have been shortened from about four days to between 24 and 48 hours.

The general public, especially the banking population, metaphorically danced to this tune by the country’s apex bank, on the belief that their woes of having to wait up to four days before their cheques are turned into cash had become a thing of the past.

But so far this new development promised by the bankers’ bank has really not being seen to be implemented. What is going amiss is anyone’s guess, but the fact remains that the customers have continued to face the same problems of delay in payment of cheques within 24 to 48 hours as stated by the Central Bank.

A lot of people, especially firms and other enterprises in town, are gravely disappointed at the snail’s pace procedure still being practised by our commercial banks in honouring cheques, as “they are not being cashed within 24 to 48 hours at all”, said most entrepreneurs.

Central Bank must really do something about the backward trend still being practised by our financial intermediaries in the country. This trend, in this age of modern technology, is tantamount to retarding business growth, economic development and national progress, while other nations, even in the sub-region, are doing well in many areas as regards cheques clearing cycles, interest rates and loans to SMEs.

Businesses are finding it very difficult to pay such interests charged for loans, as it continues to hinder their organic growth and expansion, which loans are really meant to achieve.

Our call again goes to the government to fast track the reduction of the network of taxes businesses are compelled to pay to government.

We are aware that some reforms in this regard are being instituted by government, which is good, and this should be carried out to encourage investors and spur the growth of investment and trade in the country.

The epileptic electricity supply the nation is dished with these days is also killing business operations and productivity; some times for a whole day many businesses go without electricity to power their operations. This is really unproductive for a nation like ours that is yearning for a city-state status.

The Central Bank and the powers that be must do something now about this façade of national development. 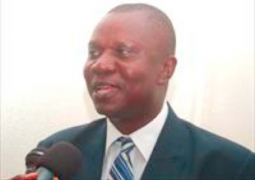