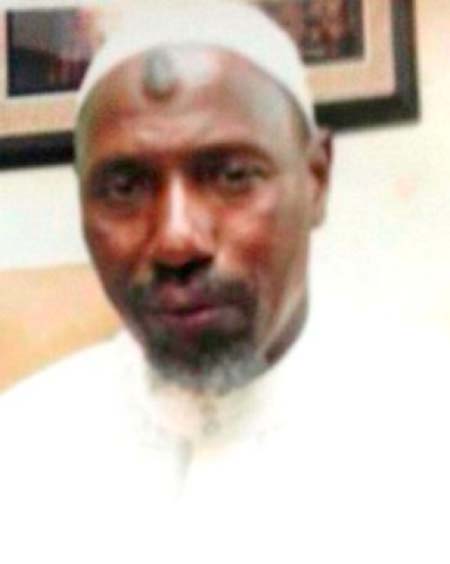 The High Court of The Gambia presided over by Justice Mahoney yesterday ordered the National Intelligence Agency and the Attorney General to release Imam Alhajie Ousman Sawaneh of Kanifing South mosque, after an application by counsel Sheriff Marie Tambadou for a writ of habeas corpus was heard.

The summon of the application filed by counsel Tambadou claims for a writ of habeas corpus ad subjiciendum to be issued and directed to the National Intelligence Agency of The Gambia (N.I.A) to have the body of Alhajie Ousman Sawaneh brought immediately before the court to undergo and receive such matters and things as the “court shall then and there consider of and concerning him in this behalf”.

He said it was filed in pursuit of section 133 of the constitution which gives the court the power to order habeas corpus.

He said the application is supported by 18 paragraphs deposed to by the wife, and they are relying on all paragraphs particularly paragraphs 3, 4, and 5.

Counsel said that paragraph 3 is an order directing the “unconditional release” of the imam from detention.

Paragraph 4 states that Counsel Tambadou was on the 19 October 2015 allowed by the NIA to see and talk to the applicant briefly at their headquarters at Marina Parade in Banjul.

He said paragraph 5 stated that the applicant was arrested and was being detained about a petition the applicant and two other people had addressed to the President.

He said he (the counsel) was the last person to see the applicant at NIA custody.

He added that the “facts are well established”.

He also said the facts clearly showed “violation of the applicant’s right to personal liberty”.

He called on the court to order the NIA and the AG to release the applicant unconditionally.

DPP Barkun said they still preferred to hear from the 1st respondent.

He said the court should look at the prevalence of the circumstance in the matter before making a conclusion.

“Paragraph 9 of the affidavit is an allegation that does not substantiate what it is claiming,” he said.

He said looking at paragraph 10, it stated that NIA officials informed counsel that the applicant had been moved to Janjangbureh prisons in CRR, but did not specifically mention who the officers were. Every allegation has to be substantiated, he said.

DPP further challenged that “Paragraph 11 is vague and vacant”.

He said the facts in the affidavit could not be consumed by the court unless they were substantiated.

In reply, SM Tambadou said DPP had announced his representation for both respondents (the NIA and the AG).

He said on the issue of affidavit, DPP had nothing to say in reply to the application because the issues did not arise, and he hoped the court would grant the application.

Justice Mahoney, in his ruling on the application, said the court had no other option but to release the applicant either conditionally or unconditionally.

He, therefore, ordered for the applicant to be released from custody.